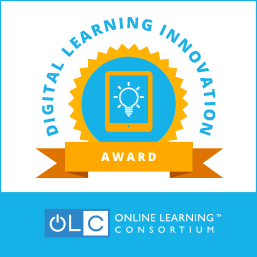 We thank Dr. Martha Kanter for presenting our Digital Learning Innovation Awards for faculty-led teams and institutions for advancing student success through the adoption of digital courseware.

We are delighted that Dr. Martha Kanter was able to present the 2016 DLIAwards. This is the first year of the DLIAwards competition, which recognizes faculty-led teams and institutions for advancing student success through the adoption of digital courseware. The award program is funded by a grant from the Bill & Melinda Gates Foundation Postsecondary Success Program, which aims to help U.S. higher education become more personalized, flexible, clear and affordable. 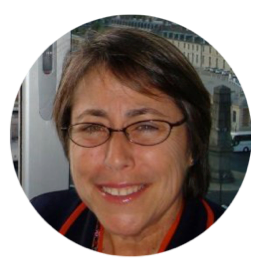 Martha J. Kanter serves as the Executive Director of the College Promise Campaign that launched on September 9, 2015 to support the development and expansion of local and state College Promise Programs throughout the nation, starting with America’s community colleges. To date, 130 College Promise programs in 126 communities and 4 states have been identified. Dr. Kanter is also a Distinguished Visiting Professor and Senior Fellow at New York University since she left her government position as U.S. Under Secretary of Education in 2013.

In 2009, President Barack Obama nominated Dr. Kanter to serve as the U.S. Under Secretary of Education, with oversight responsibility for all federal postsecondary statutory, regulatory and administrative policies and programs for the U.S. Department of Education, including the $175B annual federal student aid programs, higher education, adult education, career technical education, international education and 6 White House Initiatives. Through the first term of the Obama Administration, Dr. Kanter and her team focused on increasing college access, affordability, quality and completion to implement President Obama’s goal “to have the best educated, most competitive workforce in the world by 2020.” She oversaw the simplification and successful implementation of the Direct Student Loan program that resulted in a 50percent increase in college enrollment, growing from 6 to more than 9 million students today who are Pell Grant recipients. For sixteen years prior to her federal appointment, Dr. Kanter served as President of De Anza College and then Chancellor of the Foothill DeAnza Community College District in Silicon Valley, California. She began her career after college as an alternative high school teacher in Lexington, MA and has been a college professor, dean, and vice president.

Kanter serves on the Board of Directors of the American Association of Colleges and Universities, Corporation for Enterprise Development, Educational Testing Service, Excelencia in Education, the Woodrow Wilson Scholarship Foundation, the American College of Greece, California State UniversityDominguez Hills Foundation, and High Tech High Graduate School of Education. She also serves on the Scholar Rescue Committee of the Institute of International Education in New York.

Dr. Kanter holds a B.A. degree in Sociology from Brandeis University, an M.Ed. from Harvard University and an Ed.D. from the University of San Francisco.

We are currently undergoing a systems update and expect some disruption of service and availability of our website, including the shopping cart. If you experience difficulty during your visit to us, please try again later. If the problem persists, you may contact us at support@onlinelearning-c.org