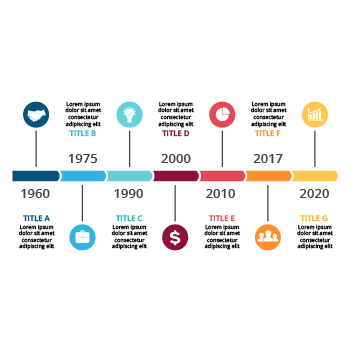 Journey back in time with OLC and discover all of the innovative work that propelled us to where we are today.

1991 – Ralph Gomory receives approval from the Alfred P. Sloan Foundation Board of Trustees to start a Learning Outside the Classroom Project, later renamed the Anytime, Anyplace Learning Program.

1993 – First major grant ($697,422) is awarded to Roxanne Hiltz at the New Jersey Institute of Technology to initiate a project utilizing networked computer conferencing and video technology for reducing average time to graduation and enabling a B.A. degree in Information Systems for those who prefer to learn at home.

1994 – The Foundation awards $750,000 to Steve Andriole at Drexel University to develop a self-paced local and remote instruction program in Information Systems and Software Design.

1995 – Burks Oakley receives the largest grant to date for $2,116,000 to develop a Sloan Center for Asynchronous Learning Environments (SCALE) at the University of Illinois at Urbana-Champaign. A meeting is held in Philadelphia of Sloan grantees and others to discuss online learning (94 individuals participate). This is the 1st Sloan Annual Conference.

1996 – Mary Metz and Mary Beth Alameda at the University of California, Berkeley Extension, receive a grant for $2,028,500 to develop 100 new ALN courses.

1997 – Inaugural Issue of the Journal of Asynchronous Learning Networks (JALN) is published with a grant awarded to John Bourne. The Foundation awards $285,000 to Rio Salado Community College to extend an existing ALN program across the state and to Native American reservations. Quality Framework Established: The Five Pillars of Quality Online Education.

1998 – Funded by the Foundation, a Consortium (Sloan-C) housed at Vanderbilt University and headed by John Bourne emerges as an informal organization for the ALN community.

2001 – University of Central Florida, under the direction of Joel Hartman and Patrick Wagner, hosts the Sloan-C International Conference on Online Learning in Orlando, Florida, that attracts almost 700 participants.

2002 – The first in a series of national surveys is conducted by Elaine Allen & Jeff Seaman at the Babson College Survey Research Group on the extent and nature of online learning in American higher education. Funded by the Sloan Foundation, this survey becomes the premiere annual study of online learning in the United States. The Foundation provides funding for a Sloan-C Committee chaired by Frank Mayadas to assist in evaluating the eArmyU Project for the U.S. Army.

2004 – First Workshop on Blended Learning under the direction of Mary Niemiec is held at the University of Illinois – Chicago, that evolves into an annual conference.

2006 – As part of its blended learning and localness initiative the Foundation awards a $650,000 grant to Jacqueline Moloney at the University of Massachusetts to create and augment online course and program offerings for the state of Massachusetts.

2007 – Ralph Gomory announces his retirement as President of the Alfred P. Sloan Foundation.

2009 – Frank Mayadas retires as the Program Officer for the Anytime, Anyplace Learning Program at the Alfred P. Sloan Foundation.

2012 – The last grant of the Sloan Foundation’s Anytime, Anyplace Learning Program is awarded to Anthony G. Picciano (City University of New York) to document and evaluate the program.