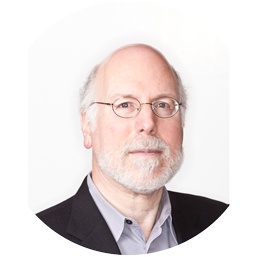 The Thursday Keynote Speaker will be:

Pushing the Reset Button on Higher Education: What I Can do at Minerva that I Couldn’t do at Stanford or Harvard.

Minerva has allowed me to do something that would be impossible virtually anyplace else: Address head-on the major problems facing higher education. Specifically, higher education is facing three large problems: It isn’t designed to help students succeed in life after graduation, it costs too much, and the dropout rate is too high. In this talk, I will explain how Minerva is addressing these problems in novel ways.

We address all three problems in part by doing something that’s impossible elsewhere: Every one of our courses and seminars are organized to take advantage of well-established principles about how the brain learns. Our entire curriculum is based on the science of learning. But more than that, we’ve designed a key part of our pedagogy based on this science: The academic team at Minerva works very closely with the technical team, and together we have developed the Minerva Active Learning Forum software–which allows us to teach effectively from anywhere in the world and to collect data that help students to learn effectively.

Finally, I will discuss how many of the lessons learned at Minerva can be transferred to very different contexts, and will suggest ways that they can be widely applied.

Stephen M. Kosslyn is the Founding Dean and Chief Academic Officer of the Minerva Schools at the Keck Graduate Institute. He served as Director of the Center for Advanced Study in the Behavioral Sciences at Stanford University and was previously chair of the Department of Psychology, Dean of Social Science, and the John Lindsley Professor of Psychology at Harvard University. He also had an appointment in the Neurology department at the Massachusetts General Hospital and co-directed the Mind of the Market Lab at Harvard Business School. He received a B.A. from UCLA and a Ph.D. from Stanford University, both in psychology. Kosslyn’s research has focused on the nature of visual cognition, visual communication, and the science of learning; he has authored or coauthored 14 books and over 300 papers on these topics. Kosslyn has received numerous honors, including the National Academy of Sciences Initiatives in Research Award, a Guggenheim Fellowship, three honorary Doctorates (University of Caen, University of Paris Descartes, Bern University), and election to the American Academy of Arts and Sciences.