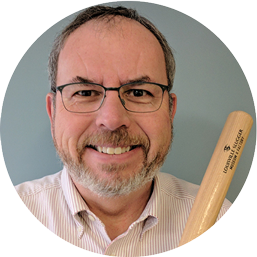 THE SHIFTING SANDS IN FEDERAL, STATE, AND ACCREDITATION POLICIES

Breakout A (Rm 401) – Quality and Accreditation 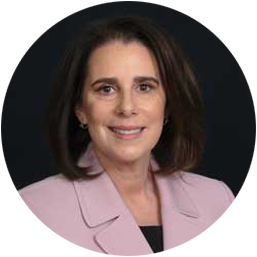 FORECASTING THE FUTURE: UTILIZING PREDICTIVE ANALYTICS TO IDENTIFY TRENDS AND PATTERNS OF ONLINE LEARNERS THAT SUPPORT THEIR OVERALL SUCCESS

Dr. Recinos began her career at Berkeley College in 1992 as the Director of Financial Aid for the Woodbridge location. She was later promoted to Director of Financial Aid for all three of the College’s New Jersey locations. In 2001, she became Director of PeopleSoft Development, working as Project Manager during the college-wide computer software upgrade. In 2003, she served as Business Systems Analyst to oversee the implementation of additional new technologies. Ms. Recinos became Campus Operating Officer for the Middlesex Campus in 2004, and served as Campus Operating Officer for the Woodland Park location in 2009. In 2016, Ms. Recinos was named one of New Jersey’s Best 50 Women in Business by NJBIZ.

Dr. Recinos holds an Ed.D., from St. John Fisher College, an M.B.A. from Wagner College, and a B.S. degree from Davis and Elkins College. 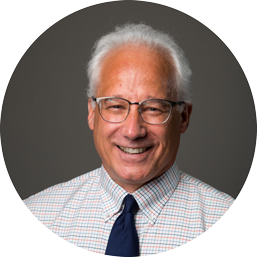 CYBER-SCARY OR CYBER-SECURE: ONE INSTITUTIONS JOURNEY INTO THE BIOMETRIC AUTHENTICATION OF ONLINE STUDENTS

Breakout B (Rm 402) – Regular and Substantive Interactions – What does that mean?

Devon A. Cancilla is the Vice Provost for Academic Innovation at UMKC. His team provides instructional design support for the development of online and traditional programs and coordinates UMKC’s activities toward state authorization, student authentication and learning analytics. Prior to coming to UMKC, Devon served as Dean and then Associate Provost for Learning at American Sentinel University, a fully online institution. Devon was also an Associate Professor of Environmental Science and Director of Scientific Technical Services (SciTech) at Western Washington University (WWU) where he led the development of the Integrated Laboratory Network (ILN), an online laboratory initiative funded by the National Science Foundation. Devon has received both the Sloan-C (now OLC) Outstanding Achievement Award for Online Education and an Effective Practice Award for his research into the development and use of online laboratories. He attended the University of Iowa, where he earned his bachelor’s and master’s degrees, and UCLA, where he received his doctorate in Environmental Health Science. Devon’s current research interests relate to the use of analytics in the design and development of online courses. 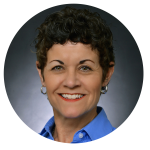 Elizabeth (Liz) Ciabocchi was appointed Vice Provost for Digital Learning at St. John’s University in Queens, NY, in early 2014, having served for the previous twelve years in the Office of Academic Affairs at Long Island University, most recently as Associate Vice President for Online Learning (2013-2014). She also served as Academic Dean, Pacific College of Oriental Medicine, New York Campus (2001-2002), and as a faculty member and administrator at the New York College for Health Professions in Syosset, N.Y. (1993-2001).

In her current role at SJU, Ciabocchi leads the Office of the Provost’s academic initiatives in the development of digital learning strategies and programs of study offered in fully online and blended formats. In addition, she provides leadership in the use of technology associated with on-campus instruction; oversees the Office of Online Learning & Services; co-chairs the University Assessment Committee, and serves as a member of the Middle States Steering Committee, Academic & Administrative Assembly, and Provost’s Council. She also teaches at the graduate level in the Department of Administrative and Instructional Leadership in the SJU School of Education. Ciabocchi is active in a number of higher education professional organizations, and frequently presents at professional conferences on her research interests, including institutional leadership and strategy and women’s leadership in online higher education.

Ciabocchi holds an Ed.D. in Higher & Postsecondary Education from Teachers College, Columbia University, a D.C. from New York Chiropractic College, and a B.S. in Biology from the University of Scranton. She also holds an OLC Teaching Certificate (Administrative Track) and completed the OLC Institute for Engaged Leadership in Online Learning (IELOL) in 2010. She was named an OLC Fellow in 2015.