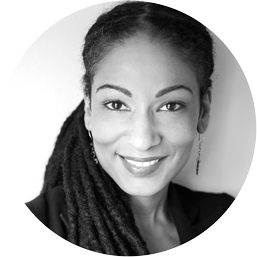 The Friday Keynote Address will be delivered by Ruha Benjamin, Sociology and African American Studies Scholar and Author.

Onlife Learning: Moving Beyond Binaries, Getting to the Heart of Education

Whether sitting in the same room or interacting through a computer screen, relationships are at the heart of education. How do we design experiences that draw on the strengths and energize the potential of all students? In this talk, Ruha Benjamin will pair concrete examples of social and emotional learning with social scientific insights on equity and justice which, taken together, provide educators with tools to create authentic and transformative learning environments.

Ruha Benjamin is a professor of African American studies at Princeton University and author of People’s Science: Bodies and Rights on the Stem Cell Frontier (Stanford University Press). She has studied the social dimensions of science, technology, and medicine for over fifteen years and speaks widely on issues of innovation, equity, health, and justice in the U.S. and globally. Ruha is the recipient of many awards and honors, including the 2017 President’s Award for Distinguished Teaching at Princeton.

Ruha received her PhD in Sociology from UC Berkeley, completed postdoctoral fellowships at UCLA’s Institute for Genetics and Society and Harvard University’s Science, Technology, and Society Program, and has received grants and fellowships from the Institute for Advanced Study, American Council for Learned Societies, National Science Foundation, and California Institute for Regenerative Medicine among others.

Her work is published in numerous journals including Science, Technology, and Human Values; Policy & Society; Ethnicity & Health; and the Annals of the American Academy of Social and Political Science and reported on in national and international news outlets including The Guardian, National Geographic, Bulletin of the Atomic Scientists, and Nature.