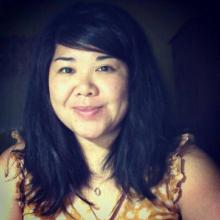 Brenda L. R. Such, Ph.D., is an instructional designer and team leader for the Center for Online Innovation and Production at the University of Florida. She and her team focus on course development for UF Online and for UF Distance and Continuing Education. Her research primarily focuses on online collaborative learning methods, as well as active learning and blended learning in STEM courses.

Despite rhetoric and funding for science in higher education to heavily support nontraditional teaching and learning strategies based on active learning (AL) principles, insufficient research has been conducted regarding the affordances that formats like blended learning (BL) have on AL. More research is needed to explore how BL and AL are being practiced in today’s undergraduate science courses—particularly in the large-enrollment blended courses that are required of all STEM majors at the beginning of their studies. As “gatekeeper” courses, these courses introduce students to STEM-related fields, and the class experiences encourage or discourage the students to keep a STEM-related major. An unfortunate phenomenon has occurred when students enter college with interest in STEM careers, but negative introductory course experiences have caused them to become disillusioned about the relevance of STEM education, thereby causing the students to feel unable to connect in-class problems with real-world ones and to lose motivation to further their studies in STEM education (Cromley, Perez, & Kaplan, 2015).

With the challenges related to retention in mind, this study explored whether and how various BL formats used in introductory science courses affected AL as an intervention for student persistence in science courses. Data from a multiple-case study, including data from a crafted measurement instrument, Blended Learning for Active Learning (BL4AL), captured BL characteristics affecting AL that students consider conducive to their persistence in the course and in their program of study.

The research focused on BL’s effects on AL, rather than AL in BL environments. The priority was to explore the role of BL in relation to AL rather than AL performances within BL. Specifically, this study addressed the following research questions:

1.How do BL affordances for AL practices manifest in introductory science courses?

2.According to the perceptions of students, how do BL affordances for AL practices influence student persistence and course performance in introductory science courses?

Due to the limited research related to BL affordances for AL for student persistence, the study took an investigative approach and followed an embedded, or nested, mixed methods design, in which quantitative data collection and analysis augmented qualitative data collection and analysis. Because the research questions focus on introductory science courses, this study examines two cases: an introductory chemistry course (CHM 2046) and an introductory physics course (PHY 2048). The qualitative research methods of interviews, observations, and documentations contributed to a case, as did the results from the quantitative data collected through a developed survey and statistically analyzed. Instructors and students involved in those courses were interviewed, and questions in the interview protocol for both instructors and students were written according to the study’s conceptual framework. The framework is based on Graham’s (2006) dimensions of BL, Meyers and Jones’ (1993) AL structure, and Graham and associates’ (2013) Persistence Framework. The argument behind the framework is that the dimensions of time, fidelity, humanness, and space constitute BL within a course (Graham, 2006), and those dimensions enable or constrain the AL structure in a course. The AL structure consists of (a) basic elements for higher-order thinking including talking and listening, writing, reading, and reflecting and (b) teaching resources such as readings and homework assignments feeding into learning strategies such as simulations and small groups (Meyers & Jones, 1993). The resulting AL then becomes a catalyst within Graham, Frederick, Byars-Winston, Hunter, and Handelsman’s (2013) Persistence Framework, driving student's confidence, student motivation, science learning, and identifying as a scientist.

In attempts to obtain multiple and diverse student perspectives, in each course the researcher chose to interview two students who were low performing (having lower than a C letter grade in the course at the time when volunteers were requested), two students who were average performing (having a letter grade between a C+ and a B), and two students who were higher performing (having a letter grade between an B+ and A+). The interviews were transcribed and underwent thematic analysis. Examples of codes included “demo only partially helpful,” “clickers good with basic stuff,” and “still feel nervous about exams.” Based on the study’s conceptual framework, the themes relating to the first research question related to the affordances themselves (e.g., demonstrations, clickers, class videos) and the relationship between BL and AL (e.g., how the affordance enabled AL in discussion or for the online homework experiences). For example, concerning discussions, themes were “discussion class offers homework support” and “discussion class is only a place to take the quiz.”

In order to address the second research question about student persistence, the same coding process occurred in that instructors’ interviews were first coded to note their considerations of the students’ persistence in the forms of motivation, confidence, science learning, and identification as a scientist; then the students’ interviews were coded. Instructors’ and students’ responses were coded according to why they positively or negatively felt about their own motivation, confidence, science learning, and identification as a scientist—examples include “motivated to pass exam and to earn good grade” and “less confident due to not achieving expected exam grade.” In response to the second research question, multiple themes emerged from the initial coding. For example, with persistence category of identifying as a scientist, an emerging theme was “being a scientist demands a ‘keep-going’ attitude.’”

The BL4AL collected data related to the students’ perspectives on BL in the form of traditional and nontraditional learning methods. Conducting a multiple regression in SPSS, the researcher used the resulting averaged scores as the predictor variables to the outcome variable of the students’ self-predicted grade.

According to the study’s observation tool, key points related to the dimension of practice included students in CHM 2046 had the opportunity to talk 87% of the time, while in PHY 2048 they had 76% of the time. The PHY 2048 encouraged the students to use prior knowledge for 77% of the activities, while the CHM 2046 instructor encouraged students to exercise prior knowledge for 67% of the activities. Both exams for the courses required higher order skills for the entire exam, yet the physics students only exercised higher order skills during 32% of class activities and chemistry students 80% of the class activities.

In the online learning environment, Within the course’s LMS as the online learning environment for the students, the instructor made transferred practice exams into the form of ungraded quizzes. Having the practice exams available to students for their use at any time supported three items within the observation tool: (1) allocating class time for practice, (2) using questions aligning with exams, and (3) including questions requiring the use of prior knowledge. Within the LMS there was no evidence of the requirement of students to explain their answers in front of the whole class for feedback from the instructor. Nevertheless, although there was no requirement, the instructor and students did participate in online discussions.

Within the online learning environment for CHM 2046, students were able to communicate with the instructor, teaching assistants, and other students mainly through the use of the Discussions feature. Students asked about general chemistry information. For example, a student shared, “On this question, I am having a hard time understanding why part II is correct? Any explanations would be appreciated.” Another student empathized and responded, “I got it wrong as well on form B (number 3). The reason is because the H+ ion in solution will spontaneously react with the Pb(s) on the electrode. I was so confused at first too.”

Blend, Act, and Persist: The Influence of Blended Learning on Active Learning for Student Persistence in Introductory Science Courses: Evaluation