Who needs a university anyway: What if my local art museum could award a BA in art or the science museum a BS in science?
Thursday April 19, 2018 - 2:30 PM to 3:15 PM
Concurrent Session 8

What if universities never existed?  Would a degree still be the mark of an educated individual?  If degrees were no longer the benchmark of learning achievement, how would a society gauge learning?  Alternative educational providers are beginning to answer these questions and the impact on higher education will be extraordinary. 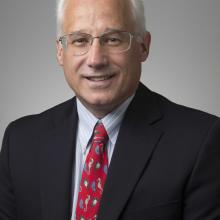 Devon A. Cancilla, Ph.D., is the Chief Knowledge Officer with the Online Learning Consortium. Prior to this, Devon was the Vice Provost for Academic Innovation at UMKC. Devon also served as Dean and then Associate Provost for Learning at American Sentinel University, a fully online institution. He was an Associate Professor of Environmental Science and Director of Scientific Technical Services (SciTech) at Western Washington University (WWU) where he led the development of the Integrated Laboratory Network (ILN), an online laboratory initiative funded by the National Science Foundation. Devon has received both the Sloan-C (now OLC) Outstanding Achievement Award for Online Education and an Effective Practice Award for his research into the development and use of online laboratories. He attended the University of Iowa, where he earned his bachelor’s and master’s degrees, and UCLA, where he received his doctorate in Environmental Health Science. Devon’s current research interests relate to the use of analytics in the design and development of online courses. Devon lives in Bellingham, Washington.

The convergence of a number of factors, including rapid advancements in the use of technology, concerns over student debt, the call for greater accountability, competency-based assessments, the rise of alternative providers and credentials and formation of educational brokers are beginning to change the rules of the game under which higher education operates.

Some would argue that these factors are actually creating an entirely new game.  For example, will universities continue to be the only pathway for obtaining a degree?  Can alternative educational providers – private companies, employers, and other non-university content providers -- provide pathways to degrees?  Are degrees really the gold standard by which educational achievement should be measured or should we recognize alternative credentials?  Where do nanodegrees and competency-based education fit into the equation?  Should financial aid be awarded to students completing courses or credentials from these alternative providers? Can educational brokers bring together new pathways for obtaining degrees, packaging the offerings of alternative providers in an efficient and cost effective way?  What if my local art museum could award a BA in art or the science museum a BS in science or a local company a recognized credential?  Literally all of these scenarios have been made possible through the use of technology and many are already a reality.  These are among the issues driving change in higher education and for which traditional universities are ill prepared to address.

Competency-based education, reusable learning objects, nanodegrees, stackable credentials, alternative providers and credentials are all becoming the new reality.  Whether those of us who were trained in traditional academic settings are ready or not, students are switching allegiance to these new teams.  Or, at the very least, students are increasingly drawn to the old teams more willing and capable to adapt and try new things.

Yes, the rules are changing, and alternative providers understand this.  Higher educational institutions should not want to be stuck on the sidelines and should, in fact, be leading these changes.  There are  challenges and opportunities and we need to make sure that we aren’t caught napping while the other teams are already on the field.  But if this is a new game with new rules, the playing field has to be level. This is where accreditation comes into the picture and why it is so important.  Think of accreditation standards as the actual rules of the game and accreditors as the referees.  The referee’s job is to make sure that all the players on the field are playing by the rules.  The better we understand the rules, the more likely we are to succeed.  We also need to understand that there are new teams, such as private sector companies or alternative providers, poised to enter the league or to create  their own league.   As these new teams come into or create educational leagues, they are generally unbound by the long standing traditions associated with higher education which have evolved based on the old rules of the game. The new teams may be more agile and better prepared to adopt new approaches, often facilitated through the rapid adoption of new technologies such as learning analytics.  Higher education is changing, the rules of the game are changing and how the game itself is judged is changing.

Who needs a university anyway: What if my local art museum could award a BA in art or the science museum a BS in science? : Session Files

Who needs a university anyway: What if my local art museum could award a BA in art or the science museum a BS in science? : Evaluation


Trusted by more than 1,500 colleges and universities, the patented Mediasite webcasting and video content management system quickly and cost-effectively automates the capture, management, delivery and search of live and on-demand videos for campus events, lecture capture and flipped learning. Learn more at www.sonicfoundry.com/solutions/education. We’re proud to be the webcasting partner for the 2018 Online Learning Consortium conferences.


ProctorU provides distance proctoring services for colleges, universities and certification organizations that offer examinations online. The service allows students to take their exams from nearly anywhere in a secured environment. ProctorU uses a patent-pending three-step process that confirms that the student who registered for the exam is the student who is taking the exam and is following the institution’s testing requirements. The service is modeled after the in-classroom experience and proctors monitor the entire process in order to ensure that a high level of integrity is maintained throughout the exam process. ProctorU offers live, person-to-person, real-time monitoring to more than 1,000 colleges, universities and certification organizations, including the University of Alabama, the University of Florida and Northwestern University. ProctorU operates dedicated proctoring centers in Folsom and Livermore, Calif., Phoenix, Ariz., and Hoover, Ala. For more information, visit www.proctoru.com.


Proctorio offers live, automated, record & review, and secure browser online proctoring. Our technology provides scalable, cost-effective solutions to validating student identity and activity during computer-based exams. We utilize machine learning and facial recognition technologies to monitor students during online exams, flagging suspicious behaviors within a digital gradebook at the conclusion of every assessment. Proctorio integrates directly within existing learning management systems, meaning there are no extra logins to remember, no scheduling of exams, and no changes to either course content or assessments. Proctorio is based out of Scottsdale, Arizona, and was founded by former ASU Online engineers. Staffed by current and former digital learning instructors and students, our implementation and support team is dedicated to student success and academic integrity. Proctorio levels the playing field for online students while promoting confidence in online academic programs, certifications, and employee testing. Visit Proctorio’s website today to learn more: https://proctorio.com


Remote-Learner has been providing educational technology services since 1982 to its business, educational and governmental clients. Today, these services include support for best-of-breed open source programs, including the world's most widely used open source learning management system, Moodle® and our enterprise solution Totara®.


Examity®, the world leader in ID Verification and Online Proctoring software and support, is a multimodal solution ideal for universities and corporations. The company has been recognized for enabling efficiency, security and convenience in online testing. Customers have the flexibility to select the appropriate level of security, including live, recorded, automated and mobile options. Support is provided around the clock and integration is included.

As the recognized leader in the industry, Examity® partners with more than 200 universities and corporations worldwide.

Please contact us at 855-examity or rgrosberg@examity.com for a demonstration.


Blackboard is education’s partner in change – helping learners and educators thrive in a complex and changing environment. Blackboard is the leading provider of learner success focused technology solutions and services. We help our clients through our broad portfolio of solutions and services that make education more accessible, engaging and relevant to the higher education student and institution. For more information about Blackboard, follow us on Twitter @Blackboard.


PSI provides full-service solutions that allows institutions and organizations to better measure, assess and identify the skills, traits and abilities of learners seeking degrees, credentials and employment. PSI offers the most complete solution set for assessing the online learner at every phase of the education lifecycle – from psychometrics, secure proctoring and student authentication to soft skills, talent measurement and certification. At PSI, everything we do influences someone’s career.