Technology is making distance learning a "clear and present" option for teachers.  This session will present the challenges and many opportunities of distance piano instruction, as well as the tool and strategies in how to adapt curriculums for this new medium of long-distance education. 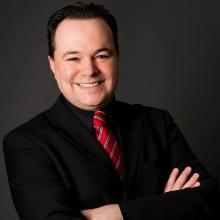 João Paulo Casarotti is a Brazilian pianist and pedagogue. He received a Doctoral in Musical Arts in Piano Performance from Louisiana State University, M.M in Piano Performance and Piano Pedagogy from Temple University, M. M. in Piano Pedagogy from the University of North Dakota, a B. M. in Music Performance from the University of Sao Paulo, Brazil, a Performance Diploma from the “Maestro Ernst Mahle” Music School of Piracicaba-Brazil, and a Performance Certificate from the National Academy of Music in Sofia–Bulgaria. Among his teachers were Michael Gurt, Sheila Paige, Maria Del Pico Taylor, Mauricy Martin, Sergio Gallo, Gilberto Tinetti, Victor Tchouchkov, Marisa Lacorte and Cecilia Bellato. Dr. Casarotti maintains an active schedule performing, researching, and preparing pedagogy presentations. He has performed as a solo and chamber pianist in Brazil, the US, Bulgaria, Taiwan, South Korea, Thailand, Argentina, Chile, Uruguai, and Paraguai. He has also performed with orchestras in Brazil and the United States. Mr. Casarotti served as the Artistic Director of the music series “Ernst Mahle in America” (2009) and“Villa Lobos in America” (2010). He arranged for these concerts to be performed at Rock Hall (Temple University) in Philadelphia, Steinert Hall in Boston, and Steinway Hall in New York. Dr. Casarotti is an important researcher of Ernst Mahle’s works for piano and is involved in creating a project to make Mahle’s music more accessible for the public. Mr. Casaroti has presented lectures for the Hawaii International Conference of Arts and Humanities, the Temple University MTNA chapter, the Northern Delaware Valley Chapter of the Music Teachers Association, and the Pennsylvania State Conference of the Music Teachers Association. Dr. Casarotti specializes in the Taubman Approach and studied under the tutelage of Maria Del Pico Taylor and Dorothy Taubman. He became the editor for the Booklet of Musical Examples of the Taubman Seminar at Temple University and served as the Taubman Seminar Assistant for 3 years. Casarotti was recently named faculty in training of the Keyboard Wellness Seminar at University of North Texas and he is currently studying with Sheila Paige. In 2009, Dr. Casarotti began developing research to create an online piano studio. Since then, he has taught students at a distance from several locations including Pennsylvania, New Jersey, New York, Louisiana, and Brazil. Mr. Casarotti created the Southern University Online piano studio in 2013. This initiative has been a major asset for the music program at Southern University. He has become a consultant for private studios and universities in Brazil and the US and has been presenting at the MTNA National Conference as well as the National Conference of Keyboard Pedagogy (NCKP). Dr. Casarotti has a prolific career as teacher in both Brazil and the United States. Mr. Casarotti has a prolific career as teacher in both Brazil and the United States. Previous teaching appointments includes University of North Dakota, Temple University, Temple Preparatory School, Darlington Arts Center and Escola de Música de Piracicaba(Brazil) Currently, Mr. Casarotti is the Assistant Professor of Piano and Piano Pedagogy and the coordinator of piano studies at Southern University in Baton Rouge. In addition Dr. Casarotti is the founder and artistic director of the Encontro Internacional de Pianistas and the Piracicaba International Piano Concerto Competition, Brazil.