“Innovation happens when we rethink conventions and apply alternative learning or technology to old problems.”
–   Shane Snow, How Soylent  & Oculus Could Fix the Prison System

“Innovation is the output of an extremely entrepreneurial culture.”
– Wyatt Roy, Above All Human Innovation Conference

“Why everyone embraces the idea of innovation but at the same time why no one on earth ever thought of asking such questions [of its history, politics, culture et al.] says a lot about our lack of reflexivity about ‘modernity.’”
– Benoît Godin, Innovation Contested:  The Idea of Innovation over the Centuries

Innovation as a concept is highly wound with technological advancement, so it stands to reason that an understanding of innovation is prerequisite for a career in a technology-rich field.  Innovation is also a highly saturated buzzword, one whose meaning has been muddled to the point where empirical measurement of innovation has dropped at the same time use of the word has skyrocketed.  How does innovation as used today stack up to the 20th Century gold standard definition by economist Joseph Schumpeter where innovation consists of business/organizational steps beyond invention (defined by Schumpeter as a process of creativity unencumbered by economic forethought)?

Dominant conversations about innovation today are focused on how to perpetuate it, incubate it, and celebrate it.  Questioning innovation is therefore antithetical to our culture’s esprit de corps, evidenced by Bill Gates’ Davos 2016 speech:  “People who say they don’t see the acceleration of innovation is a wilful blindness. We are innovating at a wonderful speed for the basic things we think everyone should get.”  The precipitous rise of executive-level positions for innovation (Chief Innovation Officer, Chief Innovation Technology Officer) lends credence to Gates’ thoughts, but I wonder how many CIOs and CITOs have thought about Schumpeter’s organizational considerations circa Golden Age of Innovation versus the 21st Century innovation within a knowledge based society.  The answer is likely fewer than those who know who Schumpeter is and why he is at all important to innovation.

Innovation is neither a failsafe nor a four-letter word.  It is an historically-rooted, culturally encoded and politically weighted term that popular society in 2016 has co-opted to stand for the things they exalt, with a subculture pointing to its use as evidence of solutionism run amok.

For the past three months (and for the next three), my research/scholarship efforts have been wholly tied to creating a space where innovation can receive the airing it deserves.  At OLC/Merlot’s Innovate 2016 Conference in New Orleans, I will be hosting an interactive installation for conference participants to engage with innovation beyond platitudes, condemnations and assumptions.  Like a museum exhibit, conference participants will be able to immerse themselves in a space designed to both celebrate and criticize innovation.  Designed to explore the dominant as well as a negotiated reading of the term, the purpose of the exhibition is to challenge assumptions and biases, whether those be celebratory or critical.  A mixture of artifacts, video and dueling audio tours will accompany the patron through the installation, culminating in a space for a debrief of reflection and conversation.  The onsite installation will be augmented by a digital version, offering unique affordances to the in-person but existing fully on its own.  For those who cannot attend Innovate in person, the digital will be available as part of the virtual session.  For those who can do both, the experience will have an added augment.

Why an exhibit?  Too often, interaction at a conference is relegated to attending a session, listening to a presentation or keynote, asking a question, backchannel messages, and potential post-discussion.  The time to grapple with a thought, concept or theory is not only immediate but it is passing at furious speed.  The concept of an installation provides the participant more agency in the process, a chance to engage on their terms and at their pace.  The exhibit will be open during conference hours, and it will feed directly into social media as well as digital repositories.  What does innovation mean to you can be an important question for such a conference, but without any pretext or context it is a hollow statement, an opportunity for production only because production is expected but not engaged or encouraged.  Defining Innovation is an opportunity to provide a foundation for the various conversations that will manifest throughout the conference, as well as to be a place for conversations to exist that might be lost or over too quickly in the frenetic pace of academic conference dialogue.

Defining Innovation is an experiment in presenting scholarship at a conference, scholarship dedicated to creating a framework for the conference and its outcomes.  Such a venture is nothing new — the history of installations in informal and non-formal learning space is vibrant and growing.  The concept of doing an installation at a conference for framework and consideration purposes is potentially innovative in itself. The hope is that within such a space with the provided foundation, participants are more able to consider, debate and interact on the emerging topics and themes.

Image constructed by Dominic Williamson (CC BY-NC-ND 4.0).  Background image – Death of a Lightbulb (Fourth Photo in a Sequence of Four) by Harold Edgerton.  Courtesy of the Smithsonian American Art Museum. 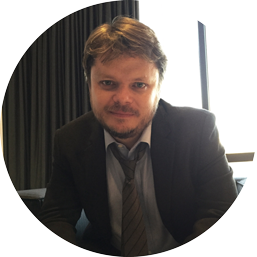 Dr. Rolin Moe is an Assistant Professor and the Director of Educational Technology & Media at Seattle Pacific University. Rolin’s 15+ years of working with formal, informal and non-formal learning institutions has focused on empowering all members of the community to engage teaching and learning. Rolin is one of the instigators of SPU’s Innovation Task Force, a campus-wide initiative to support all members of the university in efforts to break down silos and work in concert toward educative aims and objectives. Dr. Moe’s research utilizes a sociocultural lens on educational technology and media, exploring how popular and media discourses shape our expectations, practices and policies about education. His practical work outside of formal education celebrates the ‘gap’ between artifact design and learning assessment, at organizations such as the Museum of Modern Art, Thesys International and the nonpartisan Annenberg Learning Center at the Ronald Reagan Presidential Library and Museum. He is an award-winning EdTech blogger and correspondent for several EdTech periodicals including KQED’s MindShift, and in a galaxy long ago and far away was a literary agent for television science fiction writers in Hollywood.