It’s amazing what a few days can bring!  Just last week, we posted a blog about our work (with Cooley LLP and UPCEA) to be in the conversation about the “Happenings on the Hill”.  Today, two different Quick Takes were included in Inside Higher Education’s Daily News Update that were of interest to us.   Did you see these?

Senator Michael Bennet, a Colorado Democrat, and Senator Marco Rubio, a Florida Republican, this week introduced a bill that would create a new “outcomes-based” accreditation system. The proposed legislation, which builds on previous ideas from the two senators, would allow alternative education providers — as well as traditional colleges and universities — to access federal financial aid programs if they can meet a bar for high student outcomes. Those measures would include student learning, completion and return on investment.

“We need a new system that encourages, rather than hinders, innovation, promotes higher quality and shifts the focus to student success,” Bennet said in a written statement. “The alternative outcomes-based process in this bill will help colleges, new models like competency-based education and innovative providers, and is an important step in shifting the current incentives and creating the 21st-century system of higher education we need.”

Rubio, who is seeking the Republican presidential nomination, has hammered on the current higher education accreditation system while speaking on the campaign trail, calling it a “cartel.” The alternative system he and Bennet proposed, Rubio said, would be based on higher quality standards.

The bill would allow colleges and providers to bypass a wait to receive federal-aid eligibility while they seek accreditation, instead enabling them to enter into contracts with the U.S. Department of Education, but only if the institutions “are generating positive student outcomes.”

The U.S. Senate failed to take action on a last-ditch effort to renew the federal Perkins Loan Program, letting the program lapse.

Both houses of Congress needed to pass legislation renewing the program by Sept. 30, the last day of the 2015 fiscal year, and the House of Representatives did so on Tuesday.

But at the urging of Sen. Lamar Alexander, the Senate Republican who has argued for the program’s elimination as part of an effort to simplify and streamline the federal government’s student loan programs, the Senate did not follow suit.

We will discuss these and other pending legislation (like the FAST Act) at the upcoming session at the OLC conference in Orlando.  Please join Marie Cini (University of Maryland University College and Chair of the Online learning Consortium Policy Committee), Jordan DiMaggio (UPCEA), Vince Sampson (Cooley LLP) and Kathleen Ives (OLC).  The session is set for Wednesday, October 14, from 2:45 – 3:30 p.m., in Asia 1.

Over the next few weeks and months, we’ll use the OLC Blog as a place where we will provide you with up-to-date news and information about what we’re seeing and the conversations we are having.    So, stay tuned for additional news and insights! 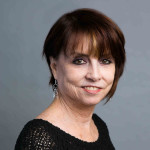 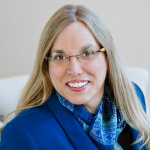 Advancing online education begins with you. Help shape the future of online, digital, and blended learning at OLC Innovate 2022.