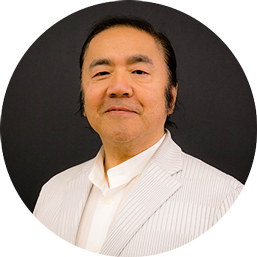 We are excited to announce that the Keynote Address will be delivered by John Kao, CEO of EdgeMakers, innovation thought leader, practitioner, and activist.

The future of education is in beta.  It will be a story about innovation.

No doubt that digital innovation in all its forms – online, vr, social media – will continue to accelerate.  Yet its impact on education is just beginning and forces us to ask basic questions about what is the purpose of education in the 21st century.   “

In this keynote, John Kao, whom The Economist called “Mr. Creativity,” will put thirty years of experience to work in illuminating the power of digital innovation and the practicalities of innovation learning.  He will also explain how EdgeMakers seeks to empower young people worldwide to become effective innovators “ahead of schedule.”

Dubbed “Mr. Creativity” and a “Serial Innovator” by The Economist, John Kao is an innovation thought leader, practitioner, and activist. He is a trusted advisor to leaders of companies, startups, and nations on innovation strategy, implementation, and future trends. Currently he is CEO of EdgeMakers, whose mission is to revolutionize the way young people learn to become innovators. He is also Chairman of the Institute for Large Scale Innovation, whose i20 group is an association of national ‘chief innovation officers.’

Kao chaired the World Economic Forum’s Global Innovation Council and has served as an advisor to the Clinton Global Initiative. His work has received coverage in such news media as The New York Times, The Economist, CNN, and The Colbert Report. Kao is also a Tony-nominated producer of film (sex, lies and videotape, Mr. Baseball) and theater (Golden Child, Flower Drum Song, Jitney).

Kao was a Harvard Business School professor from 1982 to 1996, where he created curriculum on innovation and entrepreneurship. He is author of the best-selling Jamming: The Art and Discipline of Business Creativity, which describes what leaders can learn from jazz, as well as Innovation Nation, which documents America’s growing innovation challenge. His education includes B.A. and M.D. degrees from Yale, a residency at the Massachusetts General Hospital, and an MBA from Harvard Business School.

Kao was recently named Yamaha Music’s first Artist in Innovation, and sometimes uses jazz to illustrate the principles of innovation during his keynote speeches. In the summer of 1969, he apprenticed to rock legend Frank Zappa. In his spare time, Kao plays jazz piano.