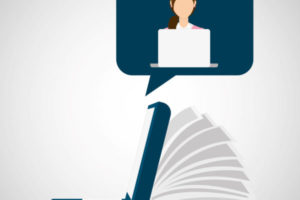 Thirty percent of all students in higher education are now taking at least one online course. Those online learners are split almost evenly between students who are exclusively online (14 percent) and those who take some courses in person (16 percent).

The numbers reveal a year-to-year online enrollment increase of 226,375 distance education students–a 3.9 percent increase, up over rates recorded the previous two years. More than 6 million students are now online learners, according to the report.

“The study’s findings highlight yet another year of consecutive growth in the number of students taking courses at a distance,” said study co-author Jeff Seaman, co-director of the Babson Survey Research Group. “This study and earlier reports from the Babson Survey Research Group have shown that distance education growth has a momentum that has continued, even as overall higher education enrollments have been declining.”

The number of students studying on a campus has dropped by almost 1 million (931,317) between 2012 and 2015. The majority of “exclusively distance” students live in the same state as their institution (55 percent), while 42 percent are studying online at an out-of-state institution.

Public institutions educate the largest proportion of online students (67.8 percent), though more online learners in private institutions attend nonprofit schools than for-profits, according to the data.

The picture of change in online enrollments includes relatively few institutions having large gains or large losses, with most institutions showing modest changes in either direction.