By Rebecca J. Hogue and Maha Bali - Featured in Chronicle of Higher Education

By now, the concept of a Twitter backchannel at conferences has become familiar. (And if it’s not, ProfHacker has you covered: See posts by Jason, Derek, Mark ( again), andAdeline.) But can someone participate in a conference virtually beyond the Twitter back channel? 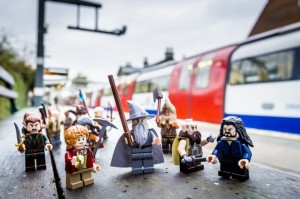 At some point, in the midst of our #et4buddy experience, we felt like we were doing something akin to what is done at popular sports events. Doing interviews with the stars (e.g. keynote speakers and other presenters) and filming them so other people could watch, vicariously enjoying parts of what they were missing. But we did one better: we invited other virtual participants into the interview, so it was not a broadcast but a conversation; not a relationship between star and fan, but between peers.

Why should you care?

There are some people, graduate students, adjuncts, early career professionals, mothers, people who live outside of the US and UK, who cannot afford, for financial, logistical, medical, or social reasons, to participate regularly, if at all, in academic conferences. For these people, what they miss out on most is not the knowledge/content shared in conferences. That knowledge is often available via SlideShare (and sometimes live via Periscope or ds106radio) or people’s blogs or academic papers published later. It’s not the opportunity to present their own voice; Maha has presented virtually via pre-recorded video and by joining synchronously via video conferencing. What they are missing is the opportunity to network and converse with people – the buzz that you get when you immerse yourself in a conference setting amongst colleagues who are talking about the same things you care about yourself. Twitter backchannels help, but they are not always enough. One virtual participant tweeted that #et4buddy has “raised the bar for virtual conferences”

We’re not writing this article to promote a “brand” of “ virtually connecting”. We’re writing to invite you to a movement to expand access to the highlights of conference experiences – encouraged by feedback from others who participated in and watched our sessions. We have done this in three conferences so far: #et4online, #eMOOCs2015 and #HASTAC2015 (you may have noticed Anastasia Salter mentioning it in a previous Prof Hacker post) and have accumulated experience, and dare we say, fans of the format. We haven’t really “hacked” the conferences, as much as opened access to the social aspect of the conference that is unreachable to many people.

The purpose of Virtually Connecting is to enliven virtual participation in academic conferences, widening access to a fuller, interactive, conference experience for those who cannot be physically present, with emphasis on conversation and connection rather than content.

For an example of a Virtually Connecting session, see our latest #hastac2015 hangout

After the hangout, our onsite buddy for that conference, Andrea Rehn blogged:

beyond fun, this kind of informal, small group chat between live and virtual attendees has the potential to transform conferences in dramatic ways

We’ve been talking about the potential for technology to eradicate the boundaries of distance for a long time, but I think we’re just starting to see what we can really do and we have barely begun to comprehend what it means.

More importantly, Suzan Koseoglu (a virtual participant in a couple of hangouts) talked about how conferences had little value without opportunities to ask each other questions, and wrote regarding her #et4buddy experience:

….here I was talking to somebody [Gardner Campbell] influential in the field, asking some basic questions and getting answers.

As both Suzan and Michael write, this is only one of several initiatives to open up scholarship and access. Want to join the team of people who help to bring the next generation of connectivity and access to academic conferences? Contact Rebecca (@rjhogue) or Maha (@bali_maha). For updates on this project seehttp://virtuallyconnecting.org or follow @vconnecting on Twitter. If you find a hangout announced that you’d like to jump into virtually, we encourage you to reach out and ask us – we always have space for at least six virtual participants.

Do you have other ways of facilitating virtual participation? Why not let us know in comments?

[This is a guest post by Rebecca J. Hogue and Maha Bali. Rebecca J. Hogue (@rjhogue) is an itinerant scholar and prolific blogger (http://rjh.goingeast.ca, http://bcbecky.com, and http://goingeast.ca. Professionally, she helps develop and produce self-published eBooks, teaches Emerging Technologies and Instructional Design online, and programs eLearning modules (Articulate Storyline). Her research and innovation interests are in the areas of online collaboration, social media, and blogging. Maha Bali is Associate Professor of Practice at the Center for Learning and Teaching at the American University in Cairo, Egypt. Her primary role is a faculty developer but she also teaches educational game design to undergrads and ed tech to in-service teachers. She is a co-facilitator of edcontexts.org and columnist at Hybrid Pedagogy. She blogs at http://blog.mahabali.meand tweets @bali_maha.–@JBJ]