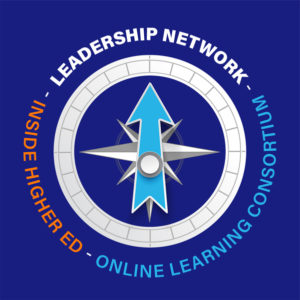 Inside Higher Ed | November 15, 2017 - Digital learning leaders diagnose the challenges of seeking faculty support -- and possible solutions to obtaining it.

Speaking at a meeting of digital learning leaders, he said that in the 19th century, the medical community harbored deep skepticism about antiseptic surgery. At the same time, doctors’ surgical achievements were assessed by gauging the amount of blood on their jackets when they emerged from the operating room. (The more, the better.) When the American academic Abraham Flexner traveled to Germany and returned with a presentation that highlighted that country’s model for doctors as scientists, U.S. medical institutions fundamentally reshaped their standards in response. The white lab coat -- devoid of blood -- became the new uniform.

To track Rascoff’s thinking, swap doctors for instructors and replace blood with the traditional lecture format, which he derided as largely outdated and ineffective. Instructors, he argued, aren’t unique in their desire to adhere to convention. In turn, he said, techniques for steering them toward innovation might not be out of reach, provided they’re attached to hard evidence and tangible solutions about new, effective ways of doing things.

Rascoff’s musings came during a presentation at the Online Learning Consortium’s biannual Leadership Network event, presented in conjunction with Inside Higher Edand "Inside Digital Learning." During panels and breakout sessions Tuesday afternoon, digital learning leaders wrestled with the underlying causes of faculty doubts about and discomfort with online education, and debated the best approaches to shifting the culture of skepticism on their campuses and beyond.

The conversations underscored the shifting tides in higher education, which is caught between adhering to traditional ideas of postsecondary learning and embracing the more radical reform that rapidly evolving technology could prompt.

The Roots of Recalcitrance

Data from Inside Higher Ed's 2017 Survey of Faculty Attitudes on Technology, published last month, underpinned the event. The survey showed that while faculty support for the use of technology-enabled education appears to be building, concerns remain about institutional support and incentives for online instruction and about overpromising by administrators and companies about the role technology can play.

Presenters acknowledged legitimate reasons why instructors might balk at mandates for online education or other forced technology adoption. Greater automation could lead to budget cuts for full-time college employees, leaving some instructors vulnerable.

“People’s livelihoods are on the line,” Brian Fleming, executive director of the Sandbox Collaborative, the research arm for Southern New Hampshire University, said during Tuesday’s discussions. “Fundamentally asking someone to change, that can be a jarring experience for folks.”

Some instructors see themselves as “the guardian of the knowledge” and don’t want outside forces tinkering with their teaching methods, according to Karen Head, author of Disrupt This! and an associate professor in Georgia Institute of Technology’s school of literature, media and communication. Others want to see more concrete research supporting the efficacy of a digital technology approach before they’re willing to sign on, Rascoff said.

Face-to-face engagement with students is a pedagogical cornerstone for many. Some instructors -- particularly at the senior level -- aren’t willing to give it up, making the pitch for a fully online course difficult to sell, according to Renata Engel, associate vice provost for online programs at Pennsylvania State University.

How to Effect Change

Head believes the key to convincing skeptical faculty members -- the majority of whom, panelists agreed, are eager to do the best job they can -- that online education has value is to show, not tell. Hybrid courses can be an effective teaching tool, she said, as they demonstrate face-to-face engagement that instructors don’t want to give up, offer a less immersive experience than a fully online course, and tend to be popular with students.

As a faculty member herself, Head also brings an on-the-ground perspective. “The only way to build trust is to cross that aisle and have conversations,” she said. Faculty members “won’t come to you; you’re going to have to do it,” she told the vice provosts, online learning directors and other administrators in the audience.

Engel has found success in appealing to faculty members’ fealty to the continued relevance of higher education. She and other panelists agreed that more research, both institution-specific and broader, will give instructors more confidence that new methods are worth trying.

Peter Shea, associate provost for online learning at State University of New York at Albany, identified several flaws in existing research on online learning, having contributed to an ongoing research effort at the SUNY system and its 64 campuses.

The binary question comparing face-to-face with online ignores more interesting questions, in Shea’s view, about variations within different forms of online education. Studies guided by theory and with controls for pre-existing differences among students are few and far between. Shea recommends that institutions develop an operational plan, build a research team and tap into existing statistics on campus to assemble a more complete picture of an initiative’s progress.

“Don't go at this as though nothing's ever been done in the past,” Shea said. “Review the literature.”

But it is useful for institutions to understand how their own faculties view digital learning, since "context is everything," Rascoff said.

Perhaps another analogy from Rascoff provides a fitting frame. Anesthesia, he said, went from being an obscure curiosity to an accepted medical tool within five years. Why? It solved a problem doctors had long encountered -- patients who flailed in pain when the doctors tried to do their work -- without fundamentally altering their practice. Institutional leaders need to find ways to show professors that adopting new instructional approaches can help them (by making them better teachers) and their students (by improving learning), not just the institutions.

“We sort of need to bring in this thinking from other fields,” Rascoff said. “We’re not the first ones to face big-scale change management.”