EdSurge | July 3, 2017 - Mary Fulé could do the math, and she didn’t like what the numbers told her. Too many incoming freshmen and transfer students at Northern Arizona University were struggling with math placement, which is Fulé’s domain at the Flagstaff school. As a result, some students fell behind in their progress toward a degree; some changed majors, abandoning long-held dreams; some even dropped out.

So Fulé and her colleagues devised a program—free, voluntary, and entirely online—that has helped hundreds of students roll through remediation coursework and ace their math placement tests while measurably boosting their confidence about success in both math and college. For their insight and innovation, the NAU team received one of the first Digital Learning Innovation Awards (DLIAwards) from the Online Learning Consortium(OLC) last November. Not insignificantly, the award came with a cash prize of $100,000. 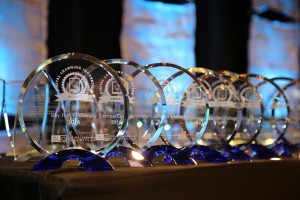 OLC launched the DLIAwards program last year with funding from the Bill & Melinda Gates Foundation’s Postsecondary Success Program. “The mission of the OLC DLIAwards is to discover student-centered active learning solutions that advance the world of digital learning for all students,” says Kathleen Ives, the CEO and executive director of the Online Learning Consortium. The awards recognize educators’ and institutions’ innovative use of digital courseware to improve outcomes for students, especially underrepresented ones.

NAU’s was one of 106 submissions; in total three institutional and five faculty-led teams each won a $100,000 prize. (The deadline for submission to this year’s competition is July 15. Winners will be notified in early September and announced at OLC Accelerate 2017, which takes place in Orlando, November 15–17.) The Consortium hopes these educators will inspire other schools and instructors to embrace and expand the possibilities of digital courseware. Much like Fulé did.

In 2010, Northern Arizona University began using a math placement test for incoming students and found many of them struggled to achieve needed proficiency. Fulé and her colleague Don Carter, the university’s director of e-learning, launched the Peak Performance Mathematics Bridge Program—a six-week summer course for students who place below the first math class in their chosen field of study. Peak Mathematics uses Pearson’s MyMathTest, an online homework tool that has adaptive technology that personalizes the content and pacing for each student.

“But Mary added a unique twist,” says Nori Barajas-Murphy, the director of grant projects for OLC and the head of the DLIAwards. “She identified the social-emotional needs of students, and she paired incoming freshmen and transfer students with a student on campus. While students were going through the math remediation courseware, they were also meeting with their peer mentor on a weekly basis using video conferencing.”

These peer math coaches provided instruction, encouragement, and “college knowledge,” a sense of what campus life is like and what resources new students should know about. “Incoming students had a friend on campus,” Barajas-Murphy says. “NAU saw immediate positive impact,” she adds. “Students came to campus, scored higher on the math placement test—which is huge, but also felt welcome and included and part of the campus community upon arrival.” In 2015, nearly 500 students participated in the program and 56 percent improved their math placement at least one level; one student jumped four levels.

And the school earned a DLIAward.

Ours is a culture that prizes prizes—Pulitzers and Pritzkers and Nobels of all stripes. But often we simply celebrate the celebrated. The DLIAwards, on the other hand, bring visibility and credibility to postsecondary institutions and individuals who often toil in obscurity as they do groundbreaking work using digital courseware to improve the outcomes for all students, particularly underrepresented ones.

Why the focus on low-income and first-generation students? “The awards focus on underrepresented students because college remains our country’s greatest driver of socioeconomic mobility,” Barajas-Murphy says. According to a study by the Pell Institute and PennAHEAD, individuals from the highest-income families (top quartile) are eight times as likely to have acquired a bachelor’s degree by age 24 as individuals from the lowest-income families (bottom quartile). Digital courseware can lower the cost of study materials, reduce tuition fees (by helping students get to credit-bearing courses more quickly), accelerate course completion, and identify students who need additional support.

With the OLC program’s focus on innovation, there can be little surprise that the most disruptive breakthroughs come from the smaller, nimbler faculty-led teams. “For the mavericks out there,” Barajas-Murphy says, “this is an award for you.”

One of her favorite mavericks is Willem Wallinga, a math instructor at Fisher College in Boston. Wallinga saw his students continually stymied by gateway math requirements. So he struck up a partnership with Cengage Learning, a Boston-based education technology and information company. Wallinga adopted Enhanced WebAssign (EWA), an online homework support tool that gives students instant detailed feedback. For some students and courses, Fisher combined EWA with tutoring and modular courses.

The result? All the students in the program so far have passed their coursework.

“Nobody on campus said no to Willem,” Barajas-Murphy notes, “but nobody was really with him on a giant implementation. He rolled out the course software and it provided quick feedback for the students in his courses, who were able to complete those courses at a much higher rate than when Willem was teaching everyone individually.” When Wallinga returned to campus from last fall’s Accelerate conference, he brought back a check, a trophy, and newfound respect.

“At the faculty level,” Barajas-Murphy says, “I would say that the phrase ‘No good deed goes unpunished’ is very true at campuses across the country. Many of the award winners have said that when they went back to their institutions they had gained respect from people who are making strategic decisions. And now they’re included in conversations that help advance their projects to other programs. Which is exactly what an award like this is intended to do.”

Success, of course, breeds success. But the award money can also help ensure a broader embrace of the digital initiatives that OLC has honored.

“The money is meant to be used in the spirit of the award,” Barajas-Murphy says, “to advance underrepresented students faster through the use of digital courseware.” Some of last year’s winners used the money for scholarships, some for new equipment, others to replicate what was done in one program in another.

At Northern Arizona, Fulé and Carter plan to use the money to find a similar online program to help entering students with science, perhaps, or foundational study skills. As a math instructor, Fulé knows full well the powerful potential of multiplication.

Note: Schools that have received an Institutional Award are not eligible to reapply for a DLIAward.