Evolllution | Originally published on April 12, 2017 - Though non-traditional students make up the 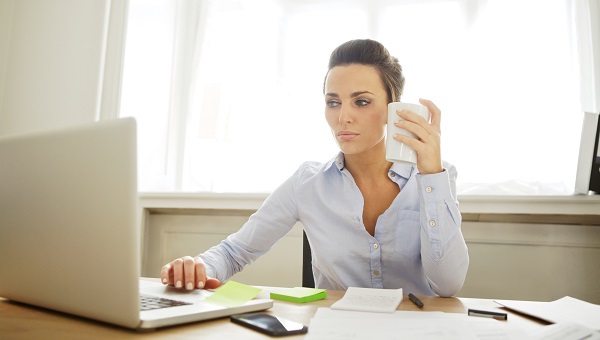 majority of learners enrolled at colleges and universities across the United States—and that’s without including students enrolled in non-credit offerings—they are still broadly underserved by the policies that regulate the postsecondary space. For institutions and divisions that focus on serving these non-traditional populations, they’re often left trying to fit square pegs into round holes to create access and support success of these learners. In fact, much of the innovation that has occurred in the postsecondary space, from online education to competency-based programming to stackable offerings, have come about to support non-traditional learners. Supporting these efforts will be the National Adult Learner Coalition (NALC), and in this interview Kathleen Ives and Karen Pedersen share their thoughts on how the coalition will go about supporting access and success for non-traditional students.

EvoLLLution (Evo): Why did the Online Learning Consortium decide to become involved with the National Adult Learner Coalition?

Kathleen Ives (KI): Over the last few years, the higher education landscape has changed dramatically. When I went to school I was a 20-something and I was the norm. Today I would be the exception. The needs of the non-traditional student are being emphasized right now, and they’ve got different challenges than I did as a 20-something. Sometimes they’re single parents, they’re in the military, they’re working several jobs and there are so many challenges they face in their personal life that their academic lives also becomes an issue.

For OLC, the thought was that banding together with these other extremely reputable organizations focused on the non-traditional student would give us the opportunity to make a difference. By collaborating, we have a louder voice.

Karen Pedersen (KP): I would add to what Kathleen said that we’ve had a history with UPCEA. We joined with them a year ago to begin this process and to begin the conversation. I think last year adding the Presidents’ Forum and CAEL to the coalition, then naming it a coalition and being more strategic about our work together, has presented us an opportunity to really shape a conversation around the adult learner and many of the challenges that Kathleen identified that those learners face as they pursue their education while also being that single parent or that service member or working full-time.

Evo: What are some of the aims of the coalition that are particularly close to the mission of the OLC, and how will you and your colleagues work to achieve them?

KI: Our partnership is based on the knowledge that joint action will lead to a louder voice and greater impact on what’s happening at both the federal and the state level. That’s where we see the biggest opportunities for us.

KP: We recognize that many of the institutions that are members of the Online Learning Consortium may have a legislative person on their campus but that person may be advocating and/or speaking about institutional issues beyond these specific issues. We feel the work that we’re doing can augment some of the work that campuses do around lobbying or state engagement or even engagement at the federal level. I think that’s where we see this opportunity, where we can align and expand and extend the work that institutions are already doing but do it on behalf of adult learners in this case.

Evo: What are some of the roadblocks you and your partners in the coalition see standing in the way of your work?

KI: I think one roadblock is the lack of education by the current administration on the issues that are impacting the postsecondary industry. I don’t mean that in a negative way—it’s a really good opportunity for us—but their focus has been on so many other things that they really have not paid attention to what’s going on in higher education, recognizing student mobility or understanding the issues pertaining to financial aid. This serves as an opportunity for the Coalition to really help educate and inform those that are in positions to impact policy.

KP: I would just spin your question a little bit and instead look at the Coalition itself. We recognize that there are other organizations that may have a voice when it comes to adult learners and so we were conscious in the decision that we made as a relatively small group of four organizations to produce a white paper to share information as a background about the coalition and what we 4 organizations believe in. Seeing that there are opportunities to broaden this coalition potentially beyond the four organizations, we wanted to be really clear about the message we share, the students for whom we advocate and the positions we take before the Coalition grew too large and we risked losing those threads.

Evo: Why was it so important to take a collaborative approach to this effort, rather than just going it alone?

KI: The major benefit of the collaborative approach is that we have a greater voice, but if you look at each of our organizations’ mission and vision we’re slightly different so I’ll speak to the Online Learning Consortium.

Our mission is really focusing on quality online education and so we bring that area of expertise to the group. Research has shown that online course work is as good if not better than classroom-based learning and typically these non-traditional students are taking courses in what used to be a non-traditional way but is now much more common. They may be in an accelerated program, they may be taking courses online, they may be doing weekend college but we really focus on the digital landscape and the digital divide and we can bring that area of expertise to the coalition as a whole.

Evo: How will OLC members benefit from the association’s work with the National Adult Learner Coalition?

KI: The first benefit for OLC members is education. We can help educate our members through the Coalition in our work with policymakers as to what’s going on at both the federal and the state level. Oftentimes in these larger institutions they do not have a dedicated individual who really focuses on policy as it impacts online and digital learning. They’re still very focused on what’s happening at the brick-and-mortar level, and to be able to have a voice for those administrator and faculty leaders I think it’s also a way that our members can benefit.

KP: We also see opportunities for our member institutions to get involved with this work. For example, in March we hosted a briefing on Capitol Hill, which was webcasted live (and available to view here). We hosted a panel of three speakers who added an interesting dimension to this conversation.

Evo: What are some of your hopes for the long-term accomplishments that you’ll tangibly create as a result of this work?

KI: There are a couple of things, and they are somewhat lofty goals but I think they’re attainable. We talked about Pell Grants, and how we want to be able to maintain the current program and expand it year round. We want to remove financial aid barriers to both competency-based education and prior-learning assessment.

KP: One of the things that we recognize is that many individuals on Capitol Hill took a traditional path to their higher education, and so recognizing that the whole group of adult learners is out there I think is something that we as a coalition are very much interested in. I look forward to the day when I’m in a senator’s office and the first comment focuses on the need to support adult learners rather than a more traditional view of an 18-year-old who leaves home, goes to college, lives on campus and is going to school full-time. I think we have a lot of educating to do about today’s landscape in higher education and the learners that our institutions are serving.

Evo: Is there anything you’d like to add about the work of the National Adult Learner Coalition and the benefits that the OLC members will get from your participation in it?

KI: Again, it goes back to being able to have a voice for that learner who is so often forgotten and has become so important. As we discussed earlier the traditional learner, which I was at one point in time, is now 15 percent of the workforce and the non-traditional learner is now 85 percent, so the latter has pretty much been the underserved and the under heard.

KP: We can talk about the policy, we can talk about the who, what, when, where of the policy or the institutional approach around those policies but when we really get down to the heart of why institutional members and the community of the higher education do what they do, its about supporting learners. So for me and I think for Kathleen and for OLC this is really the right thing to do. This is about supporting learners.

This interview has been edited for length and clarity.