Many colleges lack formal policies for digital accessibility, leaving students with disabilities at a disadvantage. A new set of quality indicators could lay the foundation institutions need.

Inside Higher Ed | February 20, 2019 - Champions of accessibility awareness have made strides in highlighting that all students, not just those with disabilities, benefit from multiple, flexible options for learning materials. A recent uptick in high-profile lawsuits alleging failure to comply with the Americans With Disabilities Act has motivated many institutions to think carefully about how they work with students. 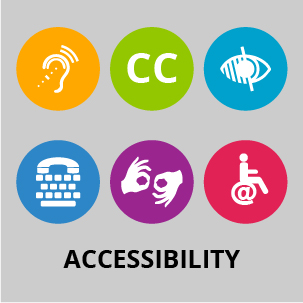 But many colleges and universities still lack coherent policies around accessibility, and those that have them sometimes struggle to enforce or define them across the entire university.

A new set of quality indicators for accessible educational materials aims to help institutions ensure at scale that all students have the same learning opportunities in face-to-face classrooms and digital learning environments. The guide took 16 months to complete, and time will tell whether institutions will widely adopt it, underscoring the challenge of gathering consensus on an issue that’s only recent risen on institutions’ priority lists.

The quality indicators were developed by the National Center on Accessible Educational Materials (AEM), an arm of the Massachusetts-based nonprofit organization the Center for Applied Special Technology (CAST). CAST has received funding for AEM since 2007 by an award from the U.S. Department of Education's Office of Special Education Programs (OSEP). OSEP's primary role is to support organizations that promote accessibility for K-12 students under the Individuals With Disabilities Education Act of 1990, but its purview has gradually expanded to include organizations related to higher education and work-force development, as well as an increased focus on technology tools like learning management systems, hardware and devices used in classrooms.

The AEM center's document lists seven quality indicators and offers techniques for achieving them. Each one is accompanied by a detailed set of critical components -- recommendations for implementation.

Cynthia Curry, an accessibility expert with close to two decades of experience working on similar issues at public universities, joined the AEM center in 2016 and became its director in 2017. She was immediately tasked with developing quality indicators of accessibility for higher education, as well as for K-12 and work-force programs.

“Part of the problem is that people don’t have the time to do something systemic around accessibility within their institutions, which is exactly what the quality indicators are designed for,” Curry said. “Most institutions, of course, aren’t looking proactively at accessibility. They’re looking at it more as a retrofit, or they’re being reactive if something litigious comes up.”

The goal of the indicators is to provide a comprehensive guide for institutions looking to formalize campuswide policies on accessibility. But achieving the goal wasn’t straightforward.

The indicators are geared toward a broad audience, including two- and four-year colleges and career and technical institutions of widely varying shapes, sizes and locations. All of the language in the indicators had to be “generalizable,” Curry said, rather than naming specific titles or functions to which some universities might not relate.

Securing broad adoption of the indicators is likely to take time as well. Curry has been surprised thus far that organizations getting an early preview of the quality indicators haven’t had much feedback. She attributes the tepid response to the fact that accessibility remains a difficult topic for many key players in the field.

“We really haven’t gotten anybody saying that they’re incomplete,” Curry said. “For us the challenge has been getting them out there and used.”

The indicators strike accessibility proponents as well intentioned and potentially valuable, according to Tom Tobin, faculty associate on the learning design, development and innovation team in the Division of Continuing Studies at the University of Wisconsin at Madison. He sees them as a motivator for institutions to “build strong foundations for inclusive practices.”

Professional organizations like the WICHE Cooperative for Educational Technologies and the Online Learning Consortium have recommended the indicators to their members, but few institutions have formally adopted them, according to Tobin. One of their shortcomings, he says, is that they’re “narrowly conceived.”

“While the description of the quality indicators alludes to the broad access benefits for all learners when accessible materials, tools and interface are adopted, the actual indicators and critical components are focused squarely on meeting the needs of learners with disabilities -- only a part of the access conversation,” Tobin wrote in an email.

Tobin suggests institutions focus accessibility efforts on the potential impact on student access and learning outcomes, rather than merely on “legal-compliance arguments.”

“By adopting an accessibility-versioning tool or a set of standards like the quality indicators, leaders can think that they have ‘checked the box’ for accessibility and that there is nothing more to be done,” Tobin said.

He also hopes decision makers keep in mind that the definition of students is broad, encompassing “learners on mobile devices, people with work, family, military and other time-based barriers to learning and studying.”