Tap into These 5 Tips for Mobile Learning

A master in mobile learning shares his best advice for rebooting your instruction.

Campus Technology | December 13, 2016 - When Pokémon Go surfaced in mid-summer, students would stand "like zombies" outside the "hotspot" building where Scott Hamm works. "There'd be people out there all the time," recalled the director of online education for Hardin-Simmons University in Texas. While the game activity has "significantly gone away," Hamm viewed the experience as just the latest example of a mobile app that seemed to offer more appeal to some students than the instructors standing right in front of them in the classroom.

Before joining HSU two years ago, Hamm was the former director of mobile learning research in the Adams Center for Teaching and Learning at Abilene Christian University just two miles up the road. When the first iPhone came out, he and his colleagues initially assumed the novelty would wear off in just a few years. Instead he has watched the shelf life of mobile usage endure unabated — because there's always something new that "will continue to reinvigorate that conversation," he said.

In other words, just as student devices won't go away, nor will the learning they'd like to do on it. That pressures instructors to stop teaching to the devices they're accustomed to using (think laptops) and start incorporating the go-to devices for their students: smartphones and cellphones. 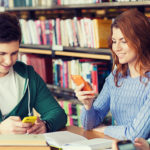 The "Mobile Learning Mastery Series" will be offered by the Online Learning Consortium in spring 2017. Information about the mastery series is available on the OLC site.

Hamm, who teaches the "Mobile Learning Mastery" course for the Online Learning Consortium, recently shared advice with Campus Technology for helping educators reboot their instruction and "expand the context of their classrooms" through mobile learning.

1) Find Out What Devices Are Really in Use

When Hamm arrived at HSU, the institution considered itself a "PC campus." The assumption was so deeply ingrained, the help desk would only service PCs. Hamm, however, came from an Apple campus  — ACU — and was "more predisposed to using an Apple than a PC." So he ran a survey of students and faculty "to challenge that PC narrative and find out what we were really using." With a setup like that, you can guess the outcome: The majority of people were using Apple products. "That helped us restructure our help desk," he said, "and now we are full-service for both Apple and PC."

But just as importantly, Hamm added, instructors have to take device choices into consideration when they're choosing apps. "The majority of [students] are probably not going to be searching Google Play," he noted. "They're going to be searching the Apple App Store. So iOS has become more of our default instruction set, and then we say if the app is or is not available on Android. That's helped student frustration levels."

2) Teach Not Just for Consumption but for Curation

Hamm recommends seeking ways to allow mobility to take instructors and students outside of their classroom environs. How does that work? He gave an example: A colleague of Hamm's at ACU, Stephen Baldridge, was teaching a social justice class. He sent his students out into Abilene to take pictures of examples of social injustice, and then asked the students to post them to a blog site and provide rationales for why they felt it was an injustice. The next time the class met, the group discussed the various examples and settled on one in particular that deserved a solution. A public library had located its handicapped parking a distance away from the library entrance, requiring those patrons to maneuver through an alley with parked vehicles to gain entry. The student who had found that particular instance of injustice clued in local media, which picked it up for broadcast. "In a period of about three weeks, it was rectified," said Hamm. "Now handicap parking is right in front of the library."

Hamm does something similar in an online spiritual development course, in which he asks students to go out and conduct an interview with somebody about spirituality. Students use their phones to capture video or audio interviews and post them to Twitter's live streaming service, Periscope, at various times throughout the course. "You can get a glimpse — literally — of people all over the United States or the world in unique ways that you couldn’t do 10 years ago," he said.

The outcome, he noted, is that the students are "exponentially exposed to more issues and interpretations." Through the use of their mobile devices, they can "bring the world back to expand the context of the classroom."

Hamm once had a practice of holding friendly study sessions with students before exams. Half or more of the class would show up, but he'd never see any differences in the grades those students were getting as a result. "It was more about the brownies my wife baked or the soda I had out or being in the 'cool conference room' and all kinds of stuff like that," he said.

As an alternative, he began texting review questions every few hours for the next exam and found that he was getting a "much higher frequency of interaction." Teacher Text, as he called it, never supplied the answers, just questions — sometimes multiple choice and other times open-ended. To keep students' interest, he'd use at least a few of those questions on the actual test. "They're going to be more inclined to pay attention to every question because I may give them 50 questions of review and have four or five of those on the test," he said.

Early in his use of texting for instructional purposes, Hamm would hand out his cellphone number and collect student numbers for the purposes of texting — that is, until he could "hear the FERPA bells ringing." While he may not have been breaking any specific rules in the Family Educational Rights and Privacy Act, he did end up receiving texts sent among students that he would rather not have seen.

As a safeguard, he and the university have adopted remind from iKeepSafe, a free service that provides an interface between the teacher and the students for the purposes of texting. The tool has simplified the process of instructor texting, a practice that has overall helped students "to feel more connected."

While Hamm expected online students to embrace texting as a way to "help bridge that transactional distance," what surprised him was the impact of pushing out test, quiz and group discussion questions on student performance in face-to-face classes. "Really, just on a hunch we did it, and the results were dramatic," he said. He's been able to replicate the experiment "in healthy ways," enough to be comfortable "making texting a mandatory part of what we do in an online class."

5) Fit Your Mobile Approach to Your Subject

At first glance, some academic subjects may sound impervious to the power of mobile learning, but Hamm can't name one. What about math? "There are a lot of [flashcard apps] like Quizlet and StudyBlue that can replicate the ongoing study or rehearsal of learning," he pointed out. "And if a student is walking around, they have a lot more access that can make the learning a more ambient part of their interaction."

For example, for the educators taking his OLC Mobile Mastery course, Hamm might stream a quick lesson on the fly through Periscope or hold a 15-minute class discussion through a chat on Twitter.

"I'll just say, 'Here's my hashtag, and I'm going to be live here at 9 to 9:15 p.m. Central time,'" he explained. He typically intends to broadcast a question about every five minutes and allow people to respond. "It's interesting. You shoot out one question and you get bombarded. People are putting resources in there. In 15 minutes, I've barely gotten two questions off. But they have the hashtag and they can go back and harvest the resources that other people put up."

The final advice offered by Hamm doesn't require the instructor to have smartphone savvy or an app store membership. "The people who are taking [the OLC Mobile Mastery course] are skilled teachers. They're people who have been kicking around a long time, and I trust them to take these tools and apply them in an evidence-based way," he said.

The change-over doesn't have to be dramatic. If instructors are feeling overwhelmed by the possibilities offered in his OLC course, "I tell them to put their millennial hat on and think about how students are consuming their lessons," he said. "One of my mantras is, 'Speak the language your learners listen in.' We are setting our learners up to have a better outcome and a stronger attachment to their learning when we do it in the context they're consuming it in."

That's Hamm's own motivation "for me to get out of my comfort zone and into my learners' comfort zone for learning."

Shadow Puppet: This app is intended to record and share student work, but Hamm likes to use it as an introduction to "digital storytelling." For example, when he has a student who's struggling to understand something in a course, he can capture pages from the textbook, add his own commentary and then e-mail or text that as a narrated lesson that walks the student through the explanation screen by screen.

Animoto. Plenty of people who take Hamm's Mobile Mastery class have never made their own videos. He suggests picking up an app such as Animoto, which allows the instructor to turn photos and video clips into video slideshows for online sharing.

EDpuzzle: Hamm offers up all kinds of sources for educational video — Khan Academy, TED talks and YouTube. But he encourages the instructors he's advising to improve the possibilities for learning by using "stop-action questions" to keep viewers awake. "After about two minutes, we tend to start drifting a little bit," he noted. "EDpuzzle and other programs like it allow you to stop the video and ask questions to keep the students in tune."