The design framework of rapid prototyping can be employed when designing for eLearning. This framework uses design, development and evaluation. Design in this way allows for expectations to be established early in the process. We will examine this framework as well as the advantages and disadvantages of employing it. 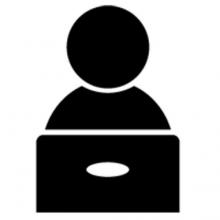 I'm currently an instructional designer with Cengage Learning. My job duties include creating online courses for higher education institutions around the nation. My previous position was as an instructional designer at the University of Missouri-Columbia. My duties included not only creating online courses, but also hybrid and traditional face-to-face courses. I also have trained teachers on using technology in the classroom, and was an elementary teacher.

The presentation proposal will focus on the use of the rapid prototyping framework, and how it can be utilized in course or training design. The framework itself will be described and detailed, with specific attention given to advantages and disadvantages of using it. The presentation will also include a listing of online tools that would be helpful when using this type of design process.

The design framework of rapid prototyping can be employed when designing for all aspects of eLearning. Rapid prototyping strives to combine design, development and evaluation in a very succinct way. The framework is becoming more popular than traditional instructional design approaches, due to the ability to create a training or course much more quickly and with less required rework to be done. Using this approach allows for problems to be addressed much earlier in the design and development process.

The steps involved in the rapid prototyping framework include the following:

What is a prototype?

In thinking about a prototype, there isn’t just one item that would fit this model. Essentially a prototype is going to be a sample, or model of what is to come. This can take many forms, and it can be presented to stakeholders or clients in many different ways depending on the project. The main purpose is that the prototype is reflective of the final project that will be completed.

The prototype can be completed on paper as a simple sketch, it might be created with an online tool, or it could be a type of storyboard. The form of the prototype isn’t important, the message that it conveys is. They can be done quickly and in a way, that they are more like a rough draft, or they can be more fully vetted and with lots of detail.  The choice of how and why is primarily a result of the project it is created for.

Examples of prototypes will be shown. There will be examples provided that have been created as storyboards, on paper as rough sketches, and examples using online tools. Participants will be given the opportunity to look at the examples, and talk about their usefulness in the given situations.

During reflection the participants will consider projects they are going to be working on and how the use of rapid prototyping would be a beneficial framework to employ. They would respond to reflection questions regarding the presentation.

Participants would get into groups of individuals that focus on the same things professionally, or groups with the same job titles. For example: instructional designers, instructors, educational technologists, etc. In the small groups the participants begin by sharing what they reflected on. They also come up with questions for each other, and/or questions for the presenter or the whole group.