PSPP is a free alternative to SPSS, created by the Free Software Foundation. It includes many, but not all, of the features found in SPSS. This tutorial includes a subset of the 2018 General Social Survey (GSS) for use in conjunction with the software.

PSPP is a statistical analysis program made available at no charge to users by the Free Software Foundation. There are two versions: the “syntax” version and the less comprehensive but more user-friendly GUI (Graphic User Interface) version. This tutorial, written primarily for beginning students, describes the GUI version.

PSPP is similar to SPSS. SPSS (officially IBM SPSS Statistics) has, through many iterations and over many years, served as a widely used standard for analyzing quantitative data. The name “SPSS” originally stood for “Statistical Package for the Social Sciences.” So successful was it, that it was widely adopted in business and other fields outside social science. Eventually it became known simply by its initials (just as many people refer to “IBM” without knowing, or caring, that these initials originally referred to “International Business Machines.”)

The authors of this tutorial have used SPSS in their teaching and research, and continue to consider it extremely useful. It has become increasingly so for undergraduate instruction as, over time, it has become much more user-friendly, so that even students with no background in statistical analysis can master it as part of a single introductory research methods or statistics course. It has also added more and more features, notably including the ability to produce a wide range of graphs.

Despite its many advantages, one thing that SPSS is not is free. As of this writing, the cost of a base subscription to SPSS starts at $99 per month! This need not trouble you if you are a student at a college or university that has purchased a site license. Even if this is not the case, you can obtain a special version available only to faculty and students at a deep discount. But still not free. (Check Amazon.com or other vendors for details.)

In this tutorial, we’ll be using a subset of the 2018 General Social Survey (GSS) for use in conjunction with the software. The GSS is a biannual national survey conducted by the National Opinion Research Center, and used for teaching and research in a variety of disciplines since 1972. We’ve created a subset of the 2018 survey. A version that can be read by PSPP can be downloaded here. 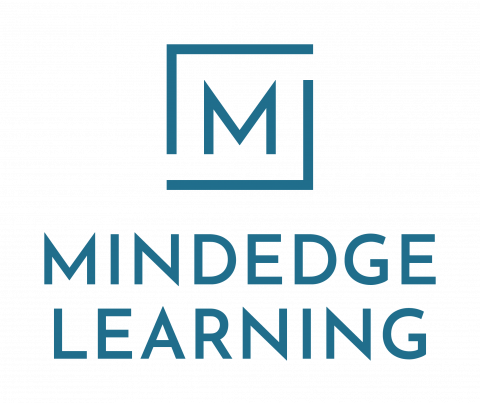 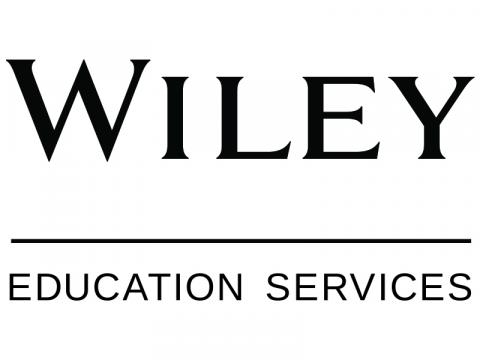 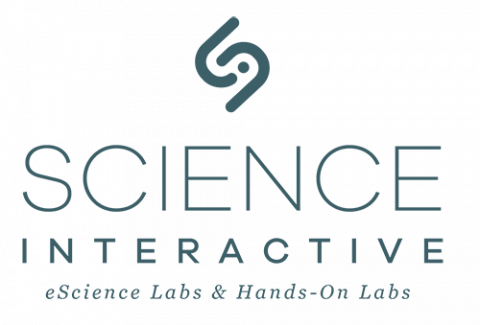 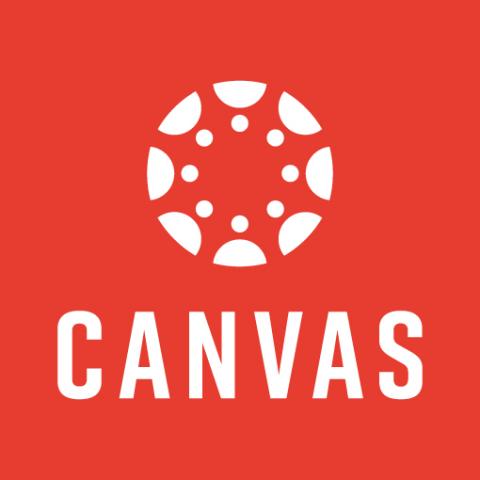 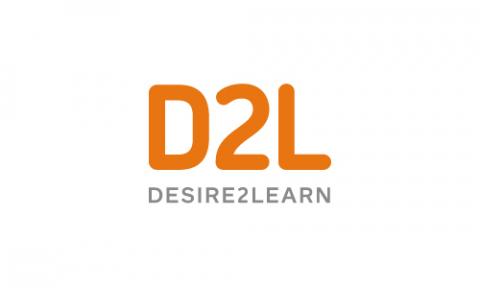 
Cengage is the education and technology company built for learners. The company serves the higher education, K-12, professional, library, and workforce training markets worldwide. Cengage creates learning experiences that build confidence and momentum toward the future students want. The company is headquartered in Boston, MA. Employees reside in nearly 40 countries with sales in approximately 165 countries and territories around the world. Visit us at www.cengage.com or find us on LinkedIn, Facebook, or Twitter.


Examity®, the world leader in online proctoring, is a multimodal solution ideal for universities and corporations. The company has been recognized for efficiency, security and convenience in online testing. Customers have the flexibility to select a variety of proctoring styles from automated through to live.


HP Inc. is the original Silicon Valley Startup: Founded in 1939 as Hewlett-Packard; Reinvented in 2015. We are one of the leading printing and personal systems technology company in the world, and we are here to create technology that makes life better for everyone everywhere. In an ever-changing, connected world, HP Inc. keeps reinventing itself, its technologies, and what tomorrow holds—so industries, education institutions, communities, and individuals can keep reinventing how they operate, ideate, and create what matters the most to them. Our mission is to engineer experiences that amaze each and every one of our customers.
Contact: Jeff Chen
Head of Higher Education Solutions


Wiley Education Services, a division of Wiley, is a leading, global provider of technology-enabled education solutions to meet the evolving needs of universities, corporations, and, ultimately, learners. We partner with more than 60 institutions across the U.S., Europe, and Australia, and support over 800 degree programs. Our best-in-class services and market insights are driven by our deep commitment and expertise—proven to elevate enrollment, retention, and completion rates. For more information, visit edservices.wiley.com.


Science Interactive is the union of eScience Labs and Hands-On Labs, the trusted leaders in online science education. We partner with over 800 institutions nationwide, providing hundreds of sophisticated science experiments and lessons across ten disciplines. Our complete lab solution combines customizable kits, rigorous digital curriculum, and cutting-edge technology to bring the lab to students, regardless of distance or circumstance. We bridge the distance learning gap by empowering students, instructors, and institutions to stay competitive in the ever-evolving higher education landscape.


SmarterServices™ LLC offers a suite of software solutions that empower nearly 600 educational institutions—K-12 schools, colleges, universities—to analyze relevant data about student readiness, organize all proctoring tasks and authenticate learners. Our data-driven solutions include SmarterMeasure-Learning Readiness Indicator which measures non-cognitive skills and identify at-risk students, and SmarterProctoring™ the first and only Proctoring Process Management System™ which organizes and manages the complete proctoring workflow for students, faculty, and proctors. We also provide SmarterID which uses facial recognition to ensure that the right person is actually doing the work in the online course. Since 2002, over five million students have benefited from SmarterServices products.


Provide flexible assessment delivery with integrity. Be at the forefront of innovative testing. PSI enables your institution to offer secure and effective assessment delivery. From identity authentication and multi-modal proctoring to reporting and analytics, PSI’s solutions provide the highest levels of security to ensure the integrity of digital learning. 650+ schools rely on PSI for the technology, expertise and services they need to provide a world class testing experience and support growth. Visit psionline.com/education to learn more!


Carolina Distance Learning® offers campus-quality labs for online students that provide the same rigor, relevance, and results that traditional labs provide. Carolina has leveraged 90+ years of expertise to be able to offer more courses than our competition. We also provide free course design, the flexibility to customize, and shipping schedules to match your timeline so you can plan and facilitate labs with ease and confidence (and without aggravation and stress).


Created in response to educator and student feedback, the Harmonize platform seamlessly integrates with learning management systems to create an engaging, collaborative community for dynamic academic discussion, creative and analytical thinking, and in-depth feedback that drives improved learning outcomes. To explore all of the features of Harmonize, visit https://harmonize.42lines.net/harmonize-features


Proctorio's Learning Integrity Platform is trusted by over 1,200 K-12, higher ed, corporate, and federal institutions around the world to provide secure and scalable Identity Verification, Automated and Live Proctoring, and Plagiarism Detection. Proctorio is an industry leader, maintaining 99.991% uptime since inception in 2013, being the first and only remote proctoring solution to leverage Zero-Knowledge Encryption, and never using biometric analysis. Proctorio seamlesssly integrates with most major Learning Management Systems via LTI in just 5-10 minutes, has the lowest system requirements in the industry (supporting devices up to 10 years old!), provides instant exam results, and offers 24/7/365 support. To date, Proctorio has served test takers in all but four countries around the world, and proctored over 20 million exams in 2020 alone.


Built with a focus on reliability, openness, and ease of use, the Canvas Learning Management Platform helps you create connected, but individualized learning environments that bring all learning tools into one place. Individual institutions have the capabilities to make sure that faculty are empowered with a variety of tools and can solve today’s challenges in their own ways. At the same time, faculty and colleges across a single system easily connect, share content, and collaborate on best practices for student engagement.


ProctorU, a Meazure Learning company, is the largest provider of online proctoring with a full suite of testing integrity and identity management solutions for educational institutions and credentialing organizations. With patented, 24/7 live proctoring and a software-only platform, both backed by state-of-the-art technology, ProctorU offers a powerful, convenient and scalable option for a world that continues to go virtual. With industry-leading reporting and seamless integrations with the largest content and LMS providers, it's no wonder nearly 2,000 institutions and organizations have trusted us. No matter your testing goals, we've got your back. To learn more, visit www.ProctorU.com.


We are a New York-based fee-for-service, instructional design firm committed to the creation of custom online/blended courses and degree programs for colleges and universities that are affordable and best in class. Our comprehensive approach delivers learning experiences that are pedagogically strong, focus on student needs, and are hand-crafted for academic excellence! We believe that the quality of online courses can be a real brand differentiator for institutions and help boost student success rates, ensuring full control over content and budget. We understand that online learning can extend your institution’s reach into new markets, offering students greater flexibility in their studies.


D2L develops software that makes the learning experience better. Our cloud-based platform is easy to use, flexible, and smart. With Brightspace, schools and companies can personalize the learning experience to deliver real results. Brightspace is used by learners in higher education, K-12, and the corporate sector, including the Fortune 1000. Learn more about D2L for schools, higher education, and businesses at www.D2L.com