The Impact of Digital Accessibility on Teaching and Learning: Why Does It Matter That You Consider Alt Text and other Tools for Inclusivity?
Thursday March 31, 2022 - 4:30 PM to 5:15 PM
Concurrent Session 6

This Education session will present the audience with knowledge about the importance of Digital Accessibility, the legislation concerning accessible computer output, and a demonstration of the experiences of computer users with disabilities. Computer strategies for accessibility will be described and the audience will have a takeaway to practice on their own devices. 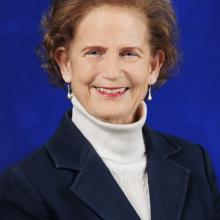 Harriette L. Spiegel, Ph.D., has worked in the field of Educational Technology for over 20 years. She has taught computer literacy, online courses in educational technology, educational psychology, educational research, Spanish, and ESL. Her research interests include online teaching and learning, Digital Accessibility, Social-Emotional Learning, Adult Education, and ESL to graduate students and pre-service-teachers .

To the normally seeing, hearing, or physically functioning computer user, computer content is fairly accessible; that is, content that is to be read by sight is mere text or visually-interpreted images that the reader with no visual disability can easily understand. Content that contains audio information, such as a video, is easily interpreted by the listener with no hearing disability. A computer user who can easily manipulate a mouse around a computer screen will not think twice about being able to scan down a given webpage to locate something. But consider the computer user whose visual abilities interfere with a seamless understanding of a computer document, or the user with a hearing disability that prevents easy listening to content, or a user with a physical disability that prevents use of the mouse. This is where accessible computing becomes important:  there are computer tools and strategies that eliminate those obstacles to understanding and interpreting the content in a computer document, whether the document is a word-processing document or a webpage.

In the United States, the impetus for making computer output accessible is the legislation that followed the Americans With Disabilities Act (ADA) in 1990. The ADA created protections against discrimination for individuals with disabilities, such as the requirement that wheelchair-accessible entrances be provided in buildings.  With the development of computers came legislation to prevent similar discrimination in digital content, as developers provided tools for making computer output accessible. Before this legislation, individuals with disabilities were not able to realize the full benefits of computers. Section 508 of the Rehabilitation Act of 1973 provided guidelines for the creation of computer output. For computer users with visual disabilities, there is the screen reader, a program that works with a computer to interpret text content so the blind user, for instance, can listen to the content of the document that otherwise could not be seen. Together with the screen reader, tools such as alternative text ("alt text") can interpret otherwise visual content of a computer document, so that the blind user will have the description of an image read out. Similarly, for the computer user with hearing disabilities, aural content of a computer document, whether a word-processing document with audio files, or a web page with a video in it, must be described in a form that the user can access. A sound file should be accompanied with a transcript; a video should have a transcript and/or closed captions. In the case of a user who cannot use a mouse, the content should be structured such that assistive technology can interpret the content as the user desires. So, for instance, when links are included in a document, each link should be "meaningful"; that is, rather than the common term "click here" to send the user to the target link, a given link should be descriptive of the target. Assistive technology such as a screen reader interprets meaningful links in a way that the user can quickly scan through a document, choosing which links to follow, instead of being left wondering where the "click here" link would go.  The main guideline to creating accessible computer content is to provide "alternative" means of delivering the content.

With over 61 million individuals with disabilities in the United States alone, ensuring accessible computer output is not only the equitable and right thing to do, but considering the economic aspect of computer use, including all individuals in the benefits of computing just makes sense. This presentation will demonstrate several basic methods and guidelines for the everyday computer user to implement in order to "keep accessibility in mind" (https://webaim.org/). These guidelines include: accessible headings, alt text, meaningful links, accessible tables, and best practices for applications such as PowerPoint. The audience will be invited to practice the methods on their own devices, and will be surveyed before and after the demonstration with a live polling app to get an idea of what they may have learned.

The Impact of Digital Accessibility on Teaching and Learning: Why Does It Matter That You Consider Alt Text and other Tools for Inclusivity?: Session Files

The Impact of Digital Accessibility on Teaching and Learning: Why Does It Matter That You Consider Alt Text and other Tools for Inclusivity?: Evaluation


Proctorio is a comprehensive learning integrity platform that offers identity verification and remote proctoring services to higher education, K-12, corporate, and federal institutions around the world, proctoring over 30 million exams in 2021. Proctorio’s browser extension integrates with most commonly used Learning Management Systems (LMS) and third-party assessment platforms. Our solution offers a suite of Lock Down, Recording, and Verification options, which gives exam administrators the ability to customize assessments for their needed level of security. Proctorio has some of the lowest bandwidth requirements in the industry and prioritizes user privacy and security through our use of End-to-End encryption.


Instructure is an education technology company dedicated to improving digital teaching and learning experiences. Our learning platform connects all the digital tools, services, and content that educators and learners love, for an integrated and streamlined learning ecosystem.


Science Interactive is the trusted leaders in online science education. We partner with over 800 institutions nationwide, providing hundreds of sophisticated science experiments and lessons across eleven disciplines. Our complete lab solution combines customizable kits, rigorous digital curriculum, and cutting-edge technology to bring the lab to students, regardless of distance or circumstance. We bridge the distance learning gap by empowering students, instructors, and institutions to stay competitive in the ever-evolving higher education landscape.


HP Inc. is the original Silicon Valley Startup: Founded in 1939; Reinvented in 2015. We are one of the leading printing and personal systems technology companies in the world, and we are here to create technology that makes life better for everyone everywhere. In an ever-changing, connected world, HP Inc. keeps reinventing itself, its technologies, and what tomorrow holds. Our mission is to engineer experiences that amaze each one of our customers. HP education solutions aspire to empower learning for everyone, everywhere. We are committed to accelerate digital equity for 150 million people by 2030.


We offer campus-quality labs for online students that provide the same rigor, relevance, and results that traditional labs provide. Carolina has leveraged 90+ years of expertise to be able to offer more courses than our competition. We also provide free course design, the flexibility to customize, and shipping schedules to match your timeline so you can plan and facilitate labs with ease and confidence (and without aggravation and stress).


Meazure Learning created from the merger between ProctorU and Yardstick – provides secure, reliable, and convenient testing solutions for academic and professional credentialing programs. As the most experienced online proctoring provider and a leader in innovative psychometric practices, we believe testing requires a balanced partnership between human-first services and advanced technology. We empower our partners, test-takers, and industry through our mission to move people forward in their educational, professional, and personal lives.


Personalize learning, increase engagement, and help learners achieve more than they imagined possible. D2L offers flexible and robust learning solutions for every stage of life, from the earliest days of school to higher education and the working world.


Examity is the world’s leading solution for learning validation. We work with colleges and universities to create secure, high-quality online proctoring experiences. Rather than offer just one proctoring style, Examity’s platform allows clients to select the level that best fits their needs.


PSI provides schools, universities and institutions with a market-leading, secure alternative to traditional testing methods. PSI has worked with 100’s of educators to support their move to online proctoring. Our solutions work seamlessly with any LMS or test delivery system and support every phase of test development. From identity authentication and multi-modal proctoring to reporting and analytics, PSI’s solutions provide the highest levels of security to ensure the integrity of digital learning. Be at the forefront of innovative testing with PSI.


Symbiosis Educational Consultants is a New York City based leading instructional design firm. We are a certified Minority Business Enterprise (MBE) that offers a refreshing à la carte approach to online learning. Our mission is to reduce the inequalities related to access to education and learning processes. We serve the higher education community by creating high-quality and affordable learning solutions that are inclusive and help students become future-ready. The team at Symbiosis works as an extension of the university’s learning design team and helps build custom, high-quality courses faster and more cost-effectively to help boost retention, recruitment, and revenue.


DigitalEd is an online learning company with a simple and resonant purpose - to shape the world through digital learning. We've used our beliefs, values and core pillars of software development to build Möbius, the most innovative and comprehensive learning platform for Science, Technology, Engineering and Mathematics (STEM). It provides students an interactive learning environment where they engage with STEM concepts. From lesson delivery, and topic discovery, through to homework, drill and practice, and assessment, Möbius delivers an unparalleled immersive learning experience.


InSpace is a video conferencing platform built by educators for educators. Our mission is to cultivate engaging learning experiences that honor the human presence of teachers and learners in virtual environments by replicating the ways people interact and connect in physical classrooms. InSpace’s research-informed design, created with input from over 500 educators, gives teachers and students the freedom to move around the screen, to join side conversations, to enter and leave visually-connected breakout rooms at any time, and to collaborate effectively with peers. Learn more at https://inspace.chat/