The original posting can be found here:http://www.skilledup.com/blog/sloan-frank-mayadas-early-history-of-online-ed

Dr. Frank Mayadas was one of the pioneers of online learning in his role as founding President of Sloan Consortium, also known Sloan-C.

The Sloan Consortium started as a Sloan Foundation project called the Anytime, Anyplace Learning Program, which hoped to leverage the emerging potential of networked computers. That was in 1992, just before the World Wide Web became accessible at home for most people, and the digital education resources that did exist could usually be accessed only at terminals on university campuses.

In the years that followed, as early networks gave way to the World Wide Web, Sloan-C led the movement to promote funding, infrastructure and research so American universities could develop online programs that could be accessed remotely. Now over 7,000,000 students each year are taking online classes from institutions of higher ed, largely on the foundations of that infrastructure.

For leading this work at Sloan-C, Dr. Mayadas is sometimes referred to as the “father of elearning.” We invited Dr. Mayadas to share some of that early history of online education and also what he thinks about its recent growth, both inside and outside university environments.

You can play a recording of our telephone interview or read an edited transcript below.

Frank Mayadas On The Early History of Online Ed [Download] 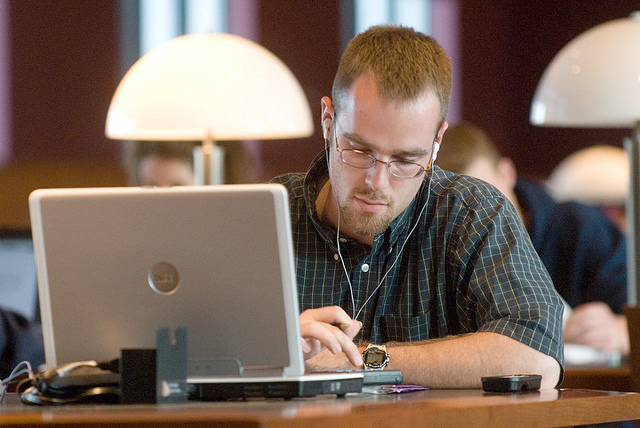 McGuire: When did Sloan-C originally get the idea to invest in online learning?

Mayadas: The Sloan Foundation President, Ralph Gomory, had already been trying to drum up interest in the fact that computer networks were far enough along. Gomory said, “Let’s give it a shot. We have the money, and we can get American universities into this business. And it’ll be a big thing for society to have an option for people who want to learn, but who can’t do it because their life circumstances don’t permit that.”

So we started in ‘92, ’93, to get the American academic infrastructure to take on the job of offering classes online. And it wasn’t that easy, because I’d go to the university and they’d say, “Frank, what’s this asynchronous stuff? How do we give a lecture online?”

I didn’t particularly want to just encourage sending around televised tapes and discs for people to read. I wanted stuff online that would be interactive. In fact, the thing that really was exciting was that for the first time in 1992, you could look ahead and see the possibility that the elements we offer students on a campus could now be offered to remote students. For the first time in history, this might be possible.

I’d go to the university and they’d say, “Frank, what’s this asynchronous stuff? How do we give a lecture online?”

So we went around and tried to convince universities to offer a course, two courses, three courses. We said, “We’ll give you the money — try it.” Over the years, we ended up funding well over 100 campuses, and only one, possibly two, ever backed away from what they had started. All the rest kept building on what they had done. As a result, about a third of all students in the country today at degree-granting institutions take at least one class fully online.

McGuire: It may have been possible to do this at that time, but what was the practical reality? Obviously, you couldn’t just flip a switch and people were taking classes online.

Eventually we got it down to where we gave only $5,000 per course to convert a regular lecture-style course into an online course. And we had plenty of takers. So a full Master’s degrees would run us about $70,000.

Eventually we got it down to where we gave only $5,000 per course. And we had plenty of takers.

The differences between then and now

McGuire: If a student taking an online class today at their local state university could travel back 20 years and take one of those classes, what differences would they notice?

Mayadas: To be honest with you, it took considerable acts of faith on the part of the universities. In 1992, what we called an “affordable computer” weighed about ten pounds. They were painfully slow, with very little disk capacity and the communication was lousy. It was 9.6 kilobaud and painful dialup systems. The learning software through which you could take a course was extremely primitive. In fact, some of our most interesting early courses were done on Lotus Notes, which is not a learning platform. It’s a platform for collaboration.

I got a lot of comments from people, saying, “Frank, why don’t you give us some money, and we’ll study this thing for a few years, and by then the technology will be better and we can start offering classes.”

I said, “No studying. We’re not interested in armchair theorizing, nor are we interested in deep thoughts on a subject that you’re not practicing. Let’s get out there, even with the clunkiness. The technology will come our way.”

And, boy, was that true. It is true in spades. You have cable, you have fiber, you have wireless, things that we didn’t really anticipate even at that time. Things are so portable now, it’s unbelievable, and the software is beautiful.

I said, “No studying. We’re not interested in armchair theorizing.”

McGuire: I wonder what you thought when Netscape was released.

Mayadas: They often say, “It’s better to be lucky than good,” and I have to say it was almost exactly the time at which the National Science Foundation threw up their hands and said, “We’re not going to handle the internet anymore. We’re going to open it up to anyone that wants to use it.”

The internet itself, of course, was a huge step forward. Netscape following shortly thereafter was a huge step and tremendously helpful to those that wanted to see quality education online.

McGuire: Let me ask about some of the first classes.

Mayadas: We were not very prescriptive. Rather, we said, “We’ll give you the money if you’ll give us a proposal for what courses you want to convert from your inventory of classroom courses into online.”

So you saw an assortment of things: sociology, English, math. Math was a little tricky, because it took math software. We felt that online learning was not just for the scientists, not just for the liberal arts. It was for everyone. And it remains true today. You can take pretty much any subject. 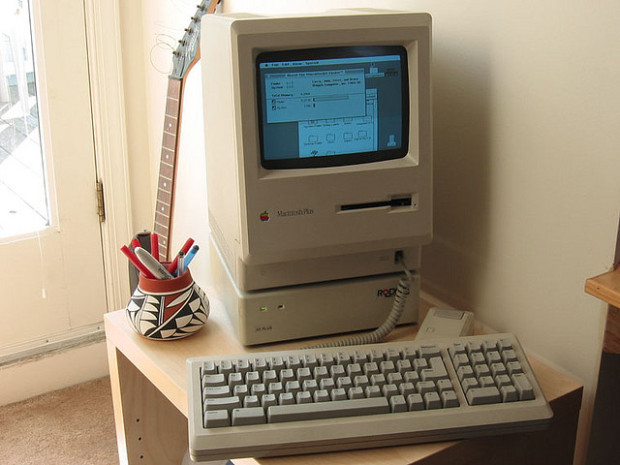 MOOCs’ success yet to be determined

Mayadas: I would say things are a little bit back to where they were back in ‘92. Sloan Foundation took the view that we’re not going to give you $1,000,000 to create new kinds of courses or new kinds of software. When you’re in the classroom, you’re using a blackboard or PowerPoint. Well, whatever you use there, get the closest thing and put it online.

We did not describe any particular model for how you should charge for the courses, but we encouraged all institutions to follow the same practices that they did anyway. If you charged so much to teach a class in the classroom, well charge about the same amount for some taking a class online. There are no free courses. Education has never been free. It was never intended to be free, and if you went to a class, you’d have to pay for it.

Sloan Foundation took the view that we’re not going to give you $1,000,000 to create new kinds of courses or new kinds of software.

Now in the MOOC, all that stuff is not typical of a university. That’s a whole different model and that’s okay. That’s why I say it reminds me of ‘92, because there’s a lot of conversation of “How do we extend online learning beyond what Sloan and other pioneers did?” These are ideas that may or may not work.

I can’t say for sure, because the MOOC business changes every day. It started off being, “It’ll all be free to everyone.” Now it’s, “Well, it’s free unless you want a credential, in which case, it’s not free.” And you know, any sensible person can see that nothing is free. Someone’s putting in an effort, and someone’s going to have to pay for it. It may not be the student, but there’s a price to pay, and you’re going to have to find that model. It’s not the traditional university model. 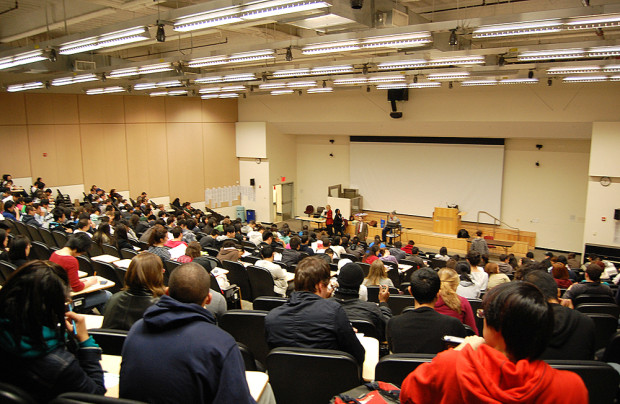 McGuire: What about the effectiveness of MOOCs or the learning outcomes?

Mayadas: Well, we have to see. It was much easier for me when I started off. I had this question from one of our trustees, a really distinguished person, the winner of the Nobel prize, who said, “Frank, you want to do all this stuff online. Now, what about quality? Is it any good?”

And I said, “Look, we are not in the business of rating one institution against another.” But we do ask everyone that gets a Sloan grant to ensure that the quality of their course is as good as the quality for which that university is known. So it’s the same course that you would be getting at the university.

Any sensible person can see that nothing is free. There’s a price to pay, and you’re going to have to find that model.

A MOOC has a hard time saying that, because there’s nothing like it being offered at the university. So, it’s very tricky to evaluate. At a university, I can find you the numbers that say so many students will drop out of this class. And I would have insisted the online be no worse than that.

But a MOOC, you can’t say that, it’s not the same thing. You may get 90 percent of the people dropping out of a MOOC, but the 10 percent that stay in may also be very good. So it’s a very different model, and I don’t think the quality is assured. It seems to me the burden is on the provider to demonstrate that they’re doing something at a quality that’s acceptable.

Online learning outside the university

McGuire: A lot of the energy in online learning lately is coming from outside the university environment. What would you advise that growing ecosystem about how to be effective for their students?

Mayadas: I had thought at one time that we could just start Sloan University, and we could take the best courses and deliver them. I decided not to do it, because I felt I don’t particularly want to compete with the existing American university system.

I would say, if I’m a start-up, I must pay attention to this question of quality, and I should define it and say, “This is how I’m defining quality. There’s how I’m measuring it. Here’s the feedback I’m giving students.”

And, by the way, you’re going to have to eventually get feedback from the employers. Where do these people go to work? Are they getting jobs? You need to ensure the employers that you’re offering a quality product. 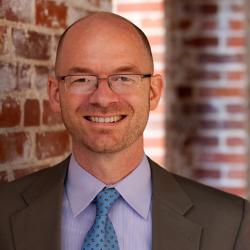 Robert McGuire is Editor of the SkilledUp blog. For fifteen years he has had one foot each in journalism and higher education, as a reporter, marketing and communications consultant and writing teacher. Recently he has worked on projects to build forums for in-depth commentary on the emerging opportunities for online education. You can connect with him on LinkedIn and Twitter.