It has been described as the most important technology since the internet, and for good reason. The blockchain is no longer a fringe technology with narrow economic applicability; it has become the digital backbone for thousands of innovative applications. Discover the tools that will define the online learning economy of tomorrow. 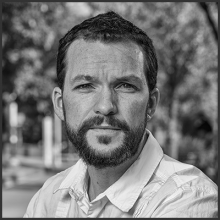 Taylor Kendal is an educator, writer, designer, improviser, community developer, techno-philosopher and the Chief Program Officer at Learning Economy. His work with the U.S. Dept. of Education, U.S. Chamber of Commerce, Library of Congress, MSU Denver, and CU Denver has led him to a lifelong love for education, innovation, design, and the cultivation of decentralized, future-focused networks. He holds an MA in Information Learning Technologies from CU Denver and has 20 years of experience in project/event management, digital/social strategy, instructional/LX design, culture-crafting, improvising, and systems-level hacking of post-secondary education. Taylor is currently focused on Web 3.0, digital ethics, bridging cultures of entrepreneurship and education, infusing agility and intellectual honesty into bureaucracy, learning from/traveling to distant lands (virtually and physically), exploring the future of education on blockchains, and occasionally writing to help make sense of it all. taykendesign.com | @taykendesign | taylor@learningeconomy.io

There’s a new technology in town, and the ubiquity of acronyms and buzzwords that surround it are as bountiful as the problems it could potentially solve. The Blockchain, which you may associate with popular cryptocurrencies like Bitcoin, has been making major headlines in education. Most recently, Sony Global Education, in partnership with IBM, has announced a project to create a centralized, blockchain-based ledger for storing educational information, such as degrees, diplomas, tests and more, as a kind of ‘digital transcript.’ The MIT Media Lab, in partnership with Learning Machine, has been building Blockcerts, an open standard for creating, issuing, viewing, and verifying blockchain-based certificates. These major-player projects, along with a host of other new tools (skills-based hyperledgers, ad-free browsers, social media platforms that pay contributors, digital truth seekers, etc.), represent an entirely new ecosystem of potential for educators and students.

In this session, participants will be introduced to many of these new tools, learn how value is stored and earned through cryptocurrencies, and actively engage in a micro design thinking protocol to both understand blockchain and collaboratively explore how it might be leveraged to solve current and future issues in online education.

Learning is Earning: The Future of EdTech on the Blockchain: Session Files

Learning is Earning: The Future of EdTech on the Blockchain: Evaluation