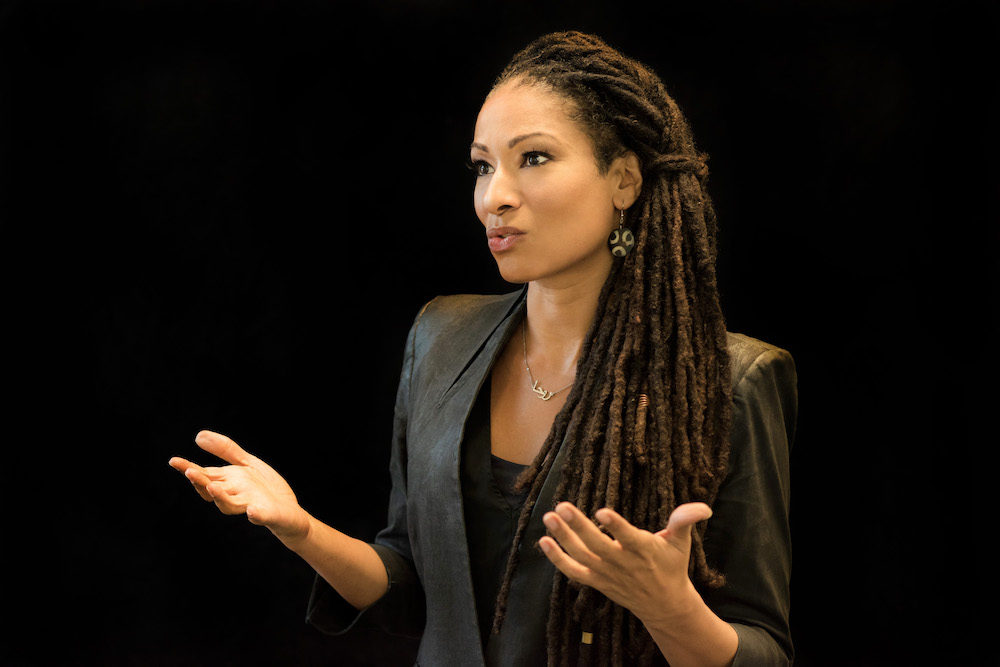 Ruha Benjamin is an internationally recognized speaker and leader in ensuring equity in the design, facilitation, and continuous improvement of digital learning environments, particularly as related to quality online education.

Race to the Future?  Reimagining the Default Settings of Technology & Society

From everyday apps to digital learning environments, technology has the potential to hide, speed, and deepen discrimination, while appearing neutral and even benevolent when compared to racist practices of a previous era. In this talk, Ruha Benjamin presents the concept of the “New Jim Code” to explore a range of discriminatory designs that encode inequity: by explicitly amplifying racial hierarchies, by ignoring but thereby replicating social divisions, or by aiming to fix racial bias but ultimately doing quite the opposite. This presentation takes us into the world of biased bots, altruistic algorithms, and their many entanglements, and provides conceptual tools to decode tech promises with historical and sociological insight. She will also consider how race itself is a tool designed to stratify and sanctify social injustice and discuss how technology is and can be used toward liberatory ends. In doing so, Ruha challenges us to question not only the technologies we are sold, but also the ones we manufacture ourselves.

Ruha Benjamin is a professor of African American Studies at Princeton University and author of People’s Science: Bodies and Rights on the Stem Cell Frontieras well as Race After Technology: Abolitionist Tools for the New Jim Code, which examines the relationship between machine bias and systemic racism, analyzing specific cases of “discriminatory design” and offering tools for a socially-conscious approach to tech development. Race After Technology was awarded Brooklyn Public Library’s 2020 Nonfiction Prize.

She has studied the social dimensions of science, technology, and medicine for over fifteen years and speaks widely on issues of innovation, equity, health, and justice in the U.S. and globally. Ruha is the recipient of many awards and honors, including the 2017 President’s Award for Distinguished Teaching at Princeton. Her work is published in numerous journals, including Science, Technology, and Human Values; Policy & Society; Ethnicity & Health; and the Annals of the American Academy of Social and Political Science and reported on in national and international news outlets.

Her next book, Viral Justice: How We Grow the World We Want, releasing in 2022 was born out of the twin plagues of COVID-19 and police violence—a double crisis that has since created a portal for rethinking all that we’ve taken for granted about the social order and life on this planet. 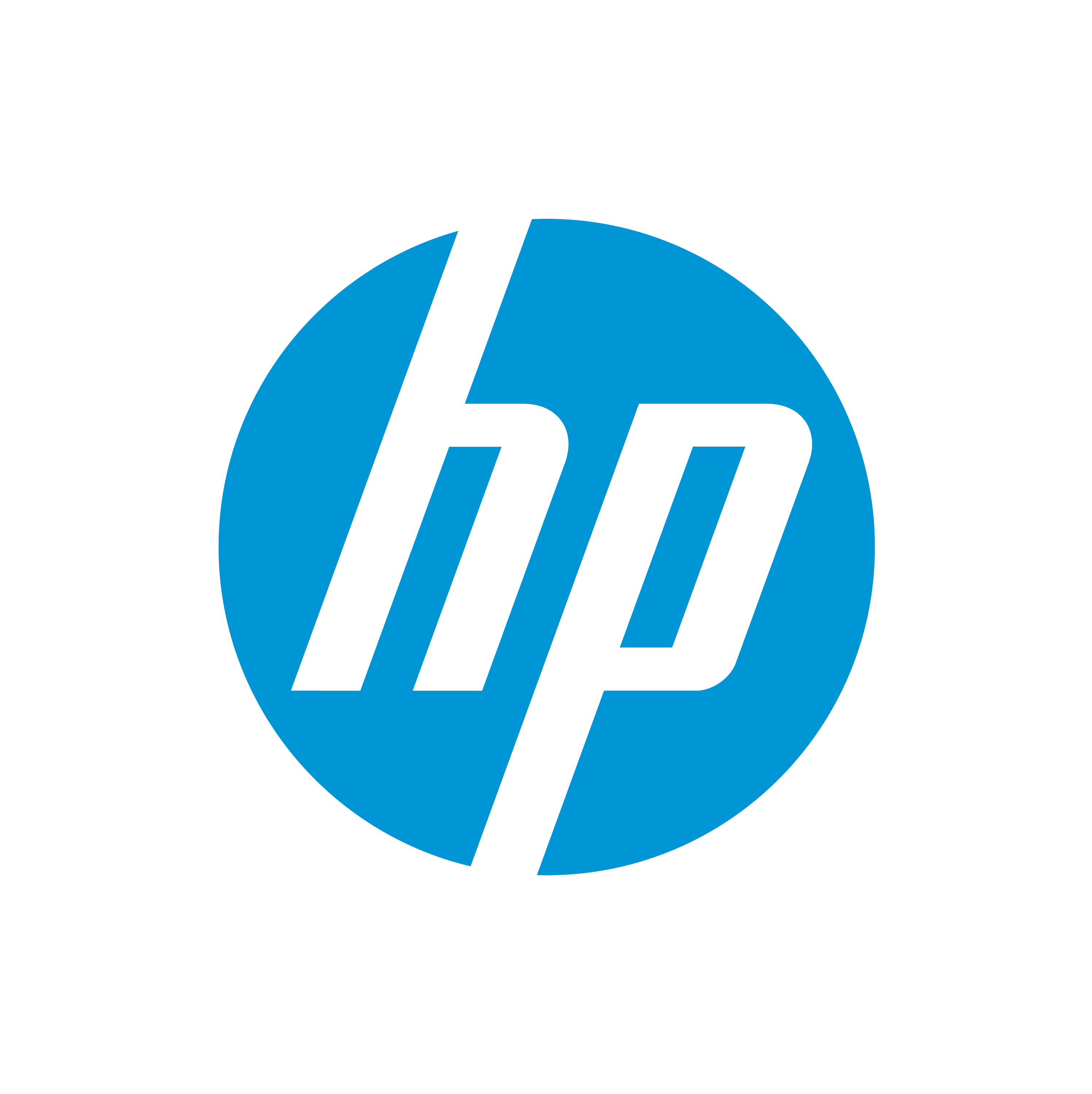 
Instructure is an education technology company dedicated to improving digital teaching and learning experiences. Our learning platform connects all the digital tools, services, and content that educators and learners love, for an integrated and streamlined learning ecosystem.


InSpace is a video conferencing platform built by educators for educators. Our mission is to cultivate engaging learning experiences that honor the human presence of teachers and learners in virtual environments by replicating the ways people interact and connect in physical classrooms. InSpace’s research-informed design, created with input from over 500 educators, gives teachers and students the freedom to move around the screen, to join side conversations, to enter and leave visually-connected breakout rooms at any time, and to collaborate effectively with peers. Learn more at https://inspace.chat/


DigitalEd is an online learning company with a simple and resonant purpose - to shape the world through digital learning. We've used our beliefs, values and core pillars of software development to build Möbius, the most innovative and comprehensive learning platform for Science, Technology, Engineering and Mathematics (STEM). It provides students an interactive learning environment where they engage with STEM concepts. From lesson delivery, and topic discovery, through to homework, drill and practice, and assessment, Möbius delivers an unparalleled immersive learning experience.


PSI provides schools, universities and institutions with a market-leading, secure alternative to traditional testing methods. PSI has worked with 100’s of educators to support their move to online proctoring. Our solutions work seamlessly with any LMS or test delivery system and support every phase of test development. From identity authentication and multi-modal proctoring to reporting and analytics, PSI’s solutions provide the highest levels of security to ensure the integrity of digital learning. Be at the forefront of innovative testing with PSI.


Personalize learning, increase engagement, and help learners achieve more than they imagined possible. D2L offers flexible and robust learning solutions for every stage of life, from the earliest days of school to higher education and the working world.


HP Inc. is the original Silicon Valley Startup: Founded in 1939; Reinvented in 2015. We are one of the leading printing and personal systems technology companies in the world, and we are here to create technology that makes life better for everyone everywhere. In an ever-changing, connected world, HP Inc. keeps reinventing itself, its technologies, and what tomorrow holds. Our mission is to engineer experiences that amaze each one of our customers. HP education solutions aspire to empower learning for everyone, everywhere. We are committed to accelerate digital equity for 150 million people by 2030.


Meazure Learning created from the merger between ProctorU and Yardstick – provides secure, reliable, and convenient testing solutions for academic and professional credentialing programs. As the most experienced online proctoring provider and a leader in innovative psychometric practices, we believe testing requires a balanced partnership between human-first services and advanced technology. We empower our partners, test-takers, and industry through our mission to move people forward in their educational, professional, and personal lives.


Science Interactive is the trusted leaders in online science education. We partner with over 800 institutions nationwide, providing hundreds of sophisticated science experiments and lessons across eleven disciplines. Our complete lab solution combines customizable kits, rigorous digital curriculum, and cutting-edge technology to bring the lab to students, regardless of distance or circumstance. We bridge the distance learning gap by empowering students, instructors, and institutions to stay competitive in the ever-evolving higher education landscape.


We offer campus-quality labs for online students that provide the same rigor, relevance, and results that traditional labs provide. Carolina has leveraged 90+ years of expertise to be able to offer more courses than our competition. We also provide free course design, the flexibility to customize, and shipping schedules to match your timeline so you can plan and facilitate labs with ease and confidence (and without aggravation and stress).


Examity is the world’s leading solution for learning validation. We work with colleges and universities to create secure, high-quality online proctoring experiences. Rather than offer just one proctoring style, Examity’s platform allows clients to select the level that best fits their needs.


Symbiosis Educational Consultants is a New York City based leading instructional design firm. We are a certified Minority Business Enterprise (MBE) that offers a refreshing à la carte approach to online learning. Our mission is to reduce the inequalities related to access to education and learning processes. We serve the higher education community by creating high-quality and affordable learning solutions that are inclusive and help students become future-ready. The team at Symbiosis works as an extension of the university’s learning design team and helps build custom, high-quality courses faster and more cost-effectively to help boost retention, recruitment, and revenue.


Proctorio is a comprehensive learning integrity platform that offers identity verification and remote proctoring services to higher education, K-12, corporate, and federal institutions around the world, proctoring over 30 million exams in 2021. Proctorio’s browser extension integrates with most commonly used Learning Management Systems (LMS) and third-party assessment platforms. Our solution offers a suite of Lock Down, Recording, and Verification options, which gives exam administrators the ability to customize assessments for their needed level of security. Proctorio has some of the lowest bandwidth requirements in the industry and prioritizes user privacy and security through our use of End-to-End encryption.