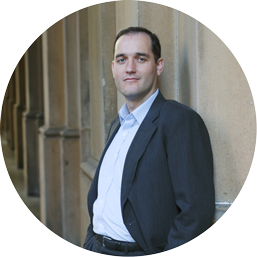 The Next 25 Years: The Future of Online Learning

The future does not happen, it is created. As educators and digital innovators, we need to be our own futurists, looking beyond simple trend reports and blog posts to uncover a deeper knowledge of how the world is unfolding, and what actions we can take to shape a positive future. Extraordinary possibilities are emerging from exponential change. Learning machines, virtual worlds indistinguishable from reality, intensely personalized instruction and direct brain-to-brain communication; concepts once only found on the pages of a science fiction novel are rapidly becoming part of our present narrative. How will we as educators and leaders in a global society embrace these possibilities and prepare the students of tomorrow for the future that is here today? The history of humanity is an evolving cycle of job destruction and creation, now pervasive global communication and rising artificial intelligence capabilities vastly disrupt the cycle and accelerate transformation. In response, an intense focus on developing and engaging our uniquely human capabilities of expertise, creativity, and relationship is essential to design work and institutions in ways that realize the full breadth of our human potential. Constant immersion in information and digital devices is changing our brains with both negative and positive effects. Cognitive offloading of brain functions to digital systems makes us dependent on these systems; but considered another way, it frees up our cognitive capacities to focus on higher-order processes, problem solving and critical thinking. Our minds are de facto evolving in a changing environment and it is critical we provide the research, knowledge and understanding to make this evolution conscious. As leaders and educators for tomorrow, we must inspire and catalyze the potential of aligned and diverse communities to transform our institutions and put learning at the very center of our human future.

Strong demand for Ross’s expertise has seen him deliver keynote speeches and executive workshops in 29 countries across six continents and consult to leading organizations worldwide such as Ernst & Young, Macquarie Bank, News Limited, Procter & Gamble and many others.

He is author of four books including the Amazon.com bestseller Developing Knowledge-Based Client Relationships, now out in its second edition, and the acclaimed book Living Networks, which foresaw the social networking revolution.

Previously Ross worked in senior positions in London, Tokyo and Sydney with organizations including Merrill Lynch, NCR and most recently Thomson Financial as Global Director – Capital Markets. He holds a B.Sc (Hons) from Bristol University and a Grad.Dip in Applied Finance from Macquarie University, and is certified as a Master Practitioner of Neuro-Linguistic Programming (NLP). He has extensive international business experience, and speaks five languages.