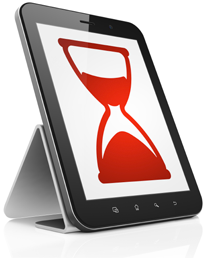 TWO DECADES OF ADVANCEMENTS AND INNOVATION. The OLC has been leading the way in advancing online learning since 1999.

Starting out as Sloan Consortium (Sloan-C) in 1999, we have been the leading professional online learning society devoted to advancing quality e-Education into the mainstream of education through its community. In 2014, as a self-sustaining worldwide organization, we rebranded to the Online Learning Consortium (OLC) to better align with our mission: Creating community and knowledge around quality online, blended, and digital learning while driving innovation.

This website is the result of a research and evaluation project documenting the contributions of the Alfred P. Sloan Foundation’s Anytime, Anyplace Learning Program. In this 18-minute video, Reflections, you will get a sense of what this program accomplished for online learning and higher education.

The Alfred P. Sloan Foundation had a critical role in fueling the development of online learning in American higher education via its Anytime, Anyplace Learning Program. A most significant initiative of this grant program was the establishment of the Sloan Consortium of Colleges and Universities (Sloan-C).

Originally an informal organization of Foundation grantees, the Consortium incorporated in 2008 as a non-profit, 501(c)(3) organization and became the largest recipient of funding from the Anytime, Anyplace, Learning Program, receiving in excess of $15 million over the course of the grant program. We evolved into “an institutional and professional leadership organization dedicated to integrating online education into the mainstream of higher education, helping institutions and individual educators improve the quality, scale, and breadth of online education.” It provides a full range of member services including annual conferences, professional development webinars, publishing the OLC journal, Online Learning, (formerly known as the Journal of Asynchronous Learning Networks), and sponsoring research initiatives. In 2012, it had approximately 300 institutional and 700 individual dues-paying members.

Private, for-profit colleges and universities never received any grant funding from the Anytime, Anyplace Learning Program, however, they are an important and growing sector of online learning in American higher education. Their awareness of the Foundation’s contribution to online learning is modest at best and somewhat lower than for other non-grantee institutions. And again, what awareness that does exist comes from their association with the organization.

The organization’s reach and impact has grown significantly since it was first conceived in 1999. We aim to extend our presence, mission, programs and service into new markets worldwide. Rebranding as the Online Learning Consortium (OLC) enables us to clearly represent and position the organization, and extend our presence, mission, programs and services into new markets worldwide.