Before I became active on social media, however, conferences were over for me the day they ended. I collected business cards and email addresses and rarely, if ever, did anything significant with them. Nowadays, though, I think I’m living what I’m going to call the “unconference” life. It’s all about connectivism, and I’m going to suggest this lifestyle is a form of praxis.

Let’s step back a second and talk about: what’s special about unconferences? It’s the high focus on networking and sharing, even if you haven’t had the opportunity to prepare and present something officially at the conference. It’s the opportunity to get up close and personal with some of the speakers you admire and would not normally get a chance to talk to. It’s also a chance for everyone to feel like they can contribute to everyone else’s learning, to set their own agenda for the unconference gathering, to take it where they wish. Unconferences break down the hierarchy of a traditional conference and encourage the agency of participants without the feeling they will be evaluated (when you submit a paper to a conference, you’re evaluated on whether it’s good enough to accept; when you present, you sense you’re evaluated by how many people show up, how well they respond, and the evaluations they fill out afterwards).

I say this, and I’ve never technically attended an unconference before. No, seriously. But I’ve loved the idea from afar ever since I heard of it, and I’ve recently implemented it in a formal workshop within a conference, and in a faculty development event, and I could see the energy in the room soar as people felt they could share their learning in a relatively egalitarian atmosphere, where everyone was learning from everyone else about topics they were interested in. Not someone else’s agenda, but their own. It was high impact learning in a very short timeframe because people knew they were there to share.

For me, every conference hashtag is an unconference running parallel with the conference itself. I recently attend a conference virtually and had a lot of backchannel discussions with on-site participants that ran off on tangents unrelated to the conference itself, yet continued to use the hashtag. I often participate in cMOOCs, not necessarily to learn from the particular content that’s being discussed, but in order to have conversations with other participants on issues of shared interest – whether via Twitter or google+ or facebook or across our blogs. These conversations feed into my practice as a teacher and as a faculty developer on a daily basis, whereas my daily interactions on campus are full of what needs to be done in the moment and only occasionally allows room for sharing and reflection.

The past few weeks I’ve been co-facilitating #moocmooc on critical pedagogy offered by Hybrid Pedagogy. It is more of an online book club than MOOC, but I’m not doing all the readings 🙂 I value the twitter stream and participants’ blogs so much more. We were discussing how praxis is an essential dimension of critical pedagogy, and asking ourselves what kind of “action” we were each taking beyond the MOOC itself. We discussed speaking out against injustice, public advocacy, and teaching as forms of action.

But I realized something. Praxis is about the thoughtful, reflective action that we take, not just the action. And I realized something really important: we take action every day in our lives. But it may not be thoughtful or reflective. And here’s what connectivist MOOCs, and engaging with other educators on social media has done for me: it has made me constantly reflective. People often talk about social media as a form of information overload, as hyper alertness, as attention deficit, and it gets described as if it’s a superficial kind of engagement. This has not been my experience. When we engage with social media in thoughtful ways, when we interact with others with similar interests, and open our minds to engaging with each other’s ideas and practice deeply, we’re helping make our day-to-day action a form of praxis, because we are constantly reflecting on it with others.

This constant engagement and reflection makes us lifelong learners in the truest sense. As in, you’re constantly made aware of your learning not on a monthly or weekly basis, but on an hourly basis! When you share your ideas, you open them up to criticism and support and extension in ways you’d never be able to do with the time-space restrictions of face-to-face.

This all then seems like my life has become an unconference, leading up to every conference I participate in, in between. I’m engaging with people in my field and occasionally meeting them at conferences, and when I watch presentations, I have some background about where the presenters are coming from because I’ve engaged with them beforehand; when I interact with other participants, there is often a history between us that’s fuelling the conversation and taking it deeper than polite chitchat you get at some conference you attend face-to-face. I know, for example, when someone objects to something a keynote speaker is saying, where that person’s values come from, what their world view is.

So I’m really looking forward to the Emerging Technologies in Online Learning Conference in April 2015. There are great sessions to look forward to. I know because I know about a lot of the work that’s been happening leading up to them. I also know I’m looking forward to the twitter stream; and the unconference – whether face to face or online. Because those are going to be the link between the time/space-bound conference and the rest of my unconference life. 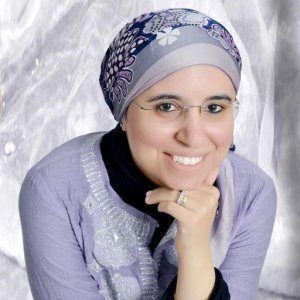