The U.S. Education Department’s gainful-employment rule is now a step closer to becoming reality when a federal judge yesterday rejected a serious legal challenge, brought by the Association of Private Sector Colleges and Universities. The lobbying group’s lawsuit was the highest hurdle remaining for the proposed rule, which will judge career-oriented programs on their graduates’ ability to repay their student loans. The rule is slated to take effect on July 1. As reported in The Chronicle of Higher Education:

“The department originally introduced the rule in 2011. The effort was dealt a major setback a year later, when a section of the rule was thrown out as a result of an earlier court challenge by the association, the main lobbying group for for-profit colleges. The group’s second challenge, to a revised rule, used many of the same arguments, asserting that the department had exceeded its authority in issuing the rule and that the rule was capricious and arbitrary.

In his ruling on Tuesday, Judge John D. Bates of the U.S. District Court for the District of Columbia dismissed those claims, saying the association “throws a host of arbitrary-or-capricious arguments against the wall in hope of a different outcome. None of them stick.”

Arne Duncan, the secretary of education, said in a written statement that the ruling was “a win for America’s students and taxpayers.” He added that every student “who enrolls in college of any kind deserves a fair shot at a degree or credential that equips them for success,” and said the department would “continue to fight until that’s a reality.”

Several for-profit-college companies said they had already taken steps in anticipation of the regulation, in some cases eliminating high-priced programs. Some, like ITT Educational Services, said they had also increased their spending on scholarships, which has reduced debt levels for students.

Despite the concerns of some student and consumer advocates over potential weaknesses in the regulation, Kevin Kinser, an associate professor at the State University of New York at Albany who studies for-profit colleges, said the revised rule was a step forward.

“There are very few ways to hold institutions accountable for the financial aid they are given,” Mr. Kinser wrote in an email to The Chronicle. “So now the Department of Education has another one. It’s the ‘skin in the game’ that Arne Duncan keeps talking about.”

“That said,” he added, “it’s pretty weak tea as far as immediate impact. But it’s a model for other kinds of accountability measures that could transform financial-aid policy from being only about access to something that actually cares about outcomes as well. That is something that all of higher education — not just the for-profits — should watch for.”

I think this is a step in the right direction. While no one wants more regulation, the unscrupulousness of some college recruitment and financial aid operations demanded it. 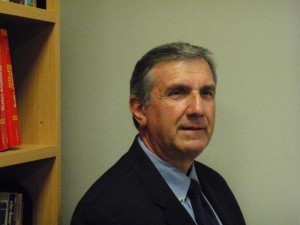 Anthony G. Picciano is a professor and executive officer of the Ph.D. Program in Urban Education at the Graduate Center of the City University of New York.  He is also a member of the faculty in the graduate program in Education Leadership at Hunter College, the doctoral certificate program in Interactive Pedagogy and Technology at the City University of New York Graduate Center, and CUNY Online BA Program in Communication and Media.  He has forty-five years of experience in education administration and teaching, and has been involved in a number of major grants from the U.S. Department of Education, IBM, the National Science Foundation, and the Alfred P. Sloan Foundation. In 1998, Dr. Picciano co-founded CUNY Online, a multi-million dollar initiative funded by the Alfred P. Sloan Foundation that provides support services to faculty using the Internet for course development.   He was a founding member and continues to serve on the Board of Directors of the Online Learning Consortium (formerly the Sloan Consortium).

In 2010, Dr. Picciano received the Sloan Consortium’s National Award for Outstanding Achievement in Online Education by an Individual.