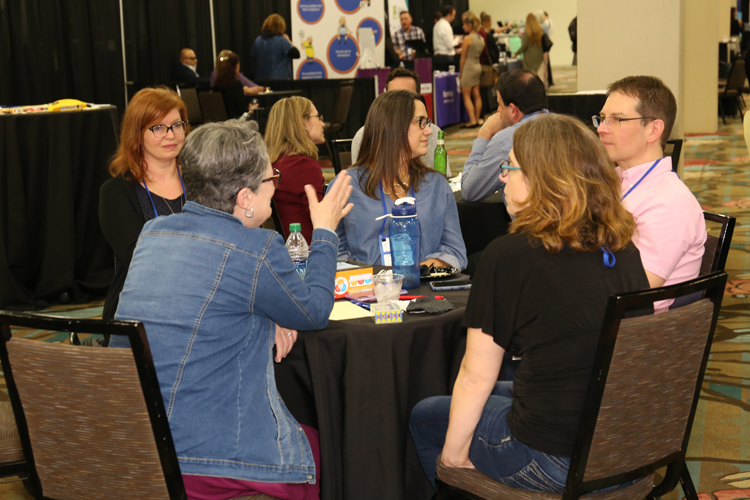 With the idea of stories being a connecting element throughout all of our conference activities, we are creating a variety of opportunities for you to share your story and to hear the stories of others. We’re calling this initiative #WeAreOLC. As the #WeAreOLC initiative unfolds, you will see a series of blog posts focused on how we (the members of the steering committee) are using storytelling to create a memorable and impactful 25th Anniversary experience. See all #WeAreOLC blog posts.

So, it has been twenty-five years; and for me, it has been over ten years since I attended my first OLC conference at Orlando in 2008. How was all this started? How did I get to know OLC, which was Sloan-C then? I searched for clues from my CV and diaries, but couldn’t find any, must have been by googling then, yet I do know how many of my colleagues get to know OLC, as I tell them about it.

I told almost every one of my colleagues about OLC. “But I don’t teach online,” some of them would respond. “Well, it is really not just about online. If you want to know the most cutting-edge stuff or a new trend in higher education, OLC is a place to go.” The ones who ended up attending the conference always came back to me with wide-opened eyes and a big “Wow!”

After attending the conference at Orlando for two years in a row (14th and 15th Sloan-C International Conference on Online Learning), I ventured to submit a proposal for a third year. It was accepted. My colleague and I presented for the first time at a national conference. Since then, I have presented regularly at big conferences and thoroughly enjoyed it. OLC opened a door and provided me the confidence that I desperately needed as a junior faculty.

From small liberal arts college to big state university, undergraduate to medical and graduate schools, non-profit to for profit, I had a good tour of our higher education system by working full time for four universities and part-time for one university, either “on”-line or “off”-line since I launched my teaching career fifteen years ago.  I moved my family to four states. Along the way, we made two boys, sold three houses, and lost quite some hairs with color change as well. But one thing has never changed, I keep on coming back to OLC. This year is my sixth time attending the OLC conference at Orlando. I submitted a proposal, accepted; I was so happy I would not miss the 25th anniversary of OLC.

I remember the days when the conference was not this big. At the time, I was able to figure out the founding members who seem to have a very intimate professional relationship. I saw those familiar faces all the time throughout the conference, Karen, John, Jeff, Janet, Tony… I know they always come back every year until one year I didn’t see Bruce. For some reason, I always think about him when coming to the OLC conference. Whenever I saw him at the conference, he seemed to be the busiest and the most occupied. I remember attending Karen’s presentation in the year she moved to Illinois, sitting in the same research session presented by Jeff with Tony who commented my questions, asking John a question in email which he responded quickly with much detail…

Time has moved fast and surely. This year, at the open keynote presentation, I sat close behind Karen and was amazed how thick her gray hair is, and Tony had to move much more slowly as he took the stage. As for myself, I said farewell calmly to my youth back when I was in Michigan. I don’t pay attention to the new white hair growing on my head anymore; instead, I am counting the days when they will totally take over. For the first time, I volunteered at the conference and enjoyed it very much. What is this all about? Why are we working so hard on this and meanwhile have so much fun? We connect, communicate, and commit to each other. It is really all about people.

So OLC turns 25. I feel like I have witnessed a transformation of a young adult from a teenager, as well as ourselves. Who was I when I was 25? I was about to buy the only one-way ticket in my life and board my first flight heading to the continent on the other side of the planet where I had no idea what was going to happen. At the age of 25, OLC has fully bloomed. He is fearlessly looking forward to the new adventures and taking the lead. As Mary Oliver says in her poem about teachers, “Pay attention, be amazed, and tell about it.” OLC has never stopped amazing me, and I have to tell you about it.