As the world becomes increasingly digitalized, the price of content generally falls back to earth.

Just think about it: Since album sales hit their peak in 2002, revenue for the music industry has consistently declined. Last August, the lowest documented number of weekly album sales was recorded, as only 3.97 million units were sold. Thanks to services like Spotify, Pandora, and Grooveshark (not to mention Amazon’s latest venture into the streaming music world), consumers don’t necessarily feel the need to open up their wallets to grab physical copies of albums anymore (We carry our music libraries in our pockets as it is).

The same thing holds true in the movie industry. With peer-to-peer file sharing becoming increasingly popular thanks to sites like The Pirate Bay (which was famously shut down late last year, only to return in early 2015), Hollywood has its own share of problems when it comes to the digital revolution. More and more users are pirating movies using services like BitTorrent. Additionally, thanks to services like Netflix and HBO Go, consumers might also not feel the need to buy physical copies of movies, either.

While music and movies are both forms of entertainment, many are starting to wonder whether content in other realms—like education—will follow a similar path. After all, the price of a college education continues to increase at a consistent pace, leaving many to wonder if there’s not a better solution somewhere. Many students leave school with a diploma and a substantial amount of debt, averaging somewhere in the ballpark of $28,000. This has always been a problem, but President Obama’s impassioned plea for more affordable higher education during this year’s State of the Union Address is likely to propel this issue in the mainstream. Depending on who you talk to, it’s already there; just ask Bernie Sanders.

It’s true that the unemployment rate continues to drop, but that rate doesn’t factor in underemployment (i.e., those who are looking for a full-time job but only putting in a few hours a week) or the labor participation rate, which is the lowest it’s been since 1978 (believe it or not, a whopping 92.9 million Americans 16 and older aren’t part of the workforce).

Education is important. But with the prospect of massive debt and a job market that’s shaky at best, wouldn’t students be better off pursuing nontraditional methods of education instead of essentially becoming indentured servants for their lenders?

Some think that education, like music and movies, will become open-source, too. Even now, massive open online courses (MOOCs)—classes offered by schools like Stanford, MIT, and Princeton that are free to attend for anyone around the world—are becoming more popular with each passing day. And then there are services like Coursera and CodeAcademy that provide educational materials free of charge.

All of this begs the question: Is paying for education becoming a thing of the past thanks to the digital revolution?

Not So Fast, Says Academia

Mary Cullinane, Houghton Mifflin Harcourt’s chief content officer, doesn’t believe that technology will drive down the price of education. On the other hand, technology will supplement and advance education, she says.

Here’s the classic problem of the teacher in a nutshell: You’re standing in front of 25 or 30 kids in a room. All of those students learn at different paces, and they all come from different backgrounds and have dissimilar knowledge bases. How are you supposed to effectively reach all of them if you’re unsure if they’re receiving your lessons? How can you make sure that your A+ students don’t get bored as you help the rest of the class catch up?

Cullinane imagines a future where a teacher is able to glean actionable data from technology as students interact with content. With that data on hand in real-time, the teacher will be able to alter lesson plans on the fly and devise personalized approaches to each individual student, guiding them along over the subject areas they’re most unsure of.

Most folks probably aren’t auto-didactic. While free content is great, there’s really no substitute for an excellent teacher. Cullinane hopes that educators of the future will be able to leverage emerging technologies to become that much more effective.

There probably aren’t too many people who would deny that college tuition prices have come unsustainably high. In fact, many economic analysts figure it’s only a matter of time before the student loan bubble bursts.

While the dissemination of free educational content will certainly help many students grasp topics at a more basic level, technology will not replace traditional education. It will certainly complement it, as teachers and professors continue to make use of the latest technologies in order to enhance lesson plans.

You can’t expect to get an education from Wikipedia, but you can expect to use a similar resource to understand topics on a primer level.

Still, Cullinane’s perspective deserves some scrutiny. After all, she works for a major publishing company—one which depends on education revenue for sustenance. If the education world were to become open-source, Houghton Mifflin would probably have a hard time convincing investors to buy its stock.

And that, in a nutshell, is really the crux of the problem: education in America is still very much about profit. I mentioned Bernie Sanders above, and I’ll do so again here; as a democratic socialist, he belongs to one of the few political platforms in America that really understands why making quality education affordable is absolutely essential. Our lawmakers seem content with outsourcing our educational efforts to private interests (charter schools, for example) or to charitable entities, rather than simply making a stronger investment in our existing schools, teachers, and curricula. Frankly, the rest of the world is running circles around us when it comes to education. We know this, and yet we do little about it.

Given all of that, the balance likely lies somewhere in between public and private, closed and open-source, and between charity and profit. For my part, I believe that technology has almost unlimited potential to both reduce the cost of education and improve the quality of it. First, we just have to want it to. 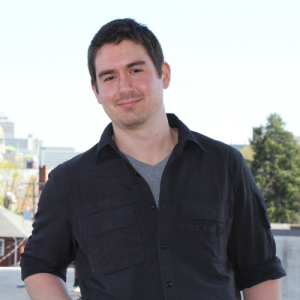 Daniel Faris studied creative writing and business at Susquehanna University’s Writers Institute. He’s been writing for a global audience ever since. In his free time he blogs about politics, technology, and progressive music.