Are you in one of the 36 states that has signed on to SARA (State Authorization Reciprocity Agreement)?  How time changes things! I recall the day when I sat in the room with a team of my institutional colleagues and we were triaging our action plan for each state in order to be in compliance under state authorization. It seems like it was just yesterday!

My institution served a fairly large military population so we felt the need to seek authorization to operate in every state to support the highly mobile nature of this group of learners. Our first pass utilized the ‘traffic light’ concept. Push forward with the states in green, where a letter would suffice, and then do a deeper dive for the yellow states. Red states would follow with an even deeper dive. We were simply trying to cope with the wide array of regulations! Add to that a president who was anxiously awaiting my estimation of what this endeavor would cost the institution in state-by-state fees (not to mention the staff support costs to receive initial approval and to stay compliant).

I was appreciative, which as I reflect on it today is an understatement, of the traction made by a core group of leaders moving forward this idea of reciprocity. When I attended an event on the topic and the analogy of a driver’s license was used, it seemed like a dream!

Several key stakeholders were determined to keep the momentum on reciprocity moving forward leading to the introduction of NC-SARA (National Council for State Authorization Reciprocity Agreements). Having Marshall Hill, the Executive Director of NC-SARA, serve as a speaker for two of OLC’s one-day Collaborate events provided attendees with a unique perspective on the development of this initiative. At our inaugural Collaborate event in February of 2015 he shared progress made since the inception of NC-SARA and then followed up in our Chicago Collaborate event in December with an updated view. It was astounding to see the number of states and institutions on the SARA map grow. In those intervening months last year, lots was happening behind the scenes.

In recent days, the discussion has amped up as the State of New York considers joining SARA. There are an array of voices approaching this from different sides. A primary discussion point has focused on consumer protection. That said, it is important to note that there are some misconceptions within the voices. A story in The New York Times really propelled the conversation forward just a few days ago (on March 16th).

Since then, to clarify any misconceptions and provide additional insights, several stakeholders have weighed in. I would direct you to three key communications:

A lot is happening, but not necessarily behind the scenes.  It’s easy to be sitting in a state that has already signed on to SARA (which I’m happy to report the state where I was doing the ‘traffic light’ triage in the early days is part of SARA), but for SARA to realize its full potential it means that the NC-SARA website would no longer need a state-by-state map with blue states and white states. Everything would be blue!

Like Paul, Phil and Russ, please add your informed voice to the conversation. As a community, we are in this together! 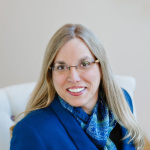 Dr. Karen Pedersen currently serves as the Chief Knowledge Officer for the Online Learning Consortium (OLC). She is involved in multiple initiatives including a policy education and advocacy project with the emphasis on pending changes to the Higher Education Act, conceptualizing and launching a next generation digital courseware award program, as well as driving growth in the organization’s quality tools.
Prior to joining OLC, Pedersen served as the Associate Vice President for Extended Campuses at Northern Arizona University. In this role she was responsible for leading a system-wide enrollment management transformation as well as managing marketing, technology, and academic operations. With a focus on operational excellence, Pedersen served as the Lean champion for Extended Campuses launching a train-the-trainer approach to realize process improvement within the division.